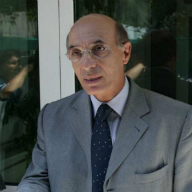 Makis Constantinides, who was appointed chairman of Cyprus Airways in August 2014, said he submitted his resignation to Finance Minister Harris Georgiades citing frustration over the lack of progress in the restructuring of the loss making airline.

Constantinides who was talking to state radio CyBC, said he prepared a restructuring plan to help the company, which is expected to post €16 million in losses this year.

He added that he was unable to have the new plan discussed at a board meeting last week, as less than five of its eight members required for a quorum turned up.

The report prepared by Constantinides will be discussed during a company board meeting chaired by vice-chairman Marinos Kallis.