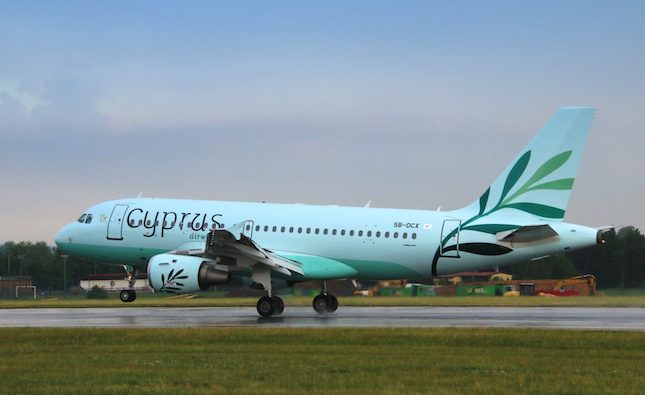 Two direct flights to Manchester International Airport will operate from the UK to Larnaca starting from October 11 until October. 14

Flights are already available for sale, and tickets can be purchased at www.cyprusairways.com.

Cyprus Airways said, “Very soon, Cypriots will be updated on the new routes and amazing developments from the airline” in time for the winter schedule.

The small privately-owned company took the national carrier’s name in 2016 when the government auctioned it off following the state airline going bankrupt.

The airline operates an Airbus A319 and two Airbus A320 aircraft fleet, which are currently operating on a seven-scheduled destination network to Athens, Thessaloniki, Heraklion, Beirut, Tel Aviv, Yerevan, and Rhodes.