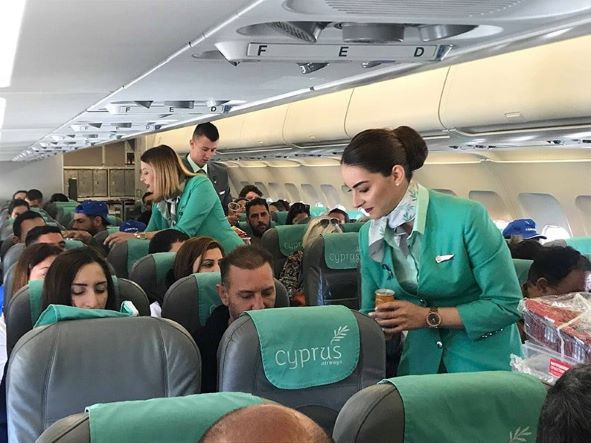 Cyprus Airways on Monday announced that it registered a 406 per cent increase in flights in November of this year, compared to the same month of 2021.

The company said that it managed to record “remarkable results on a number of levels”, noting that it has experienced an improvement in performance even when compared to the figures recorded before the Covid-19 pandemic. According to the announcement, Cyprus Airways said that it carried twelve times more traffic during November, compared to the same period of the previous year.

In addition, the Cypriot airline carried out a total of 239 flights during this time, a rise of 406 per cent more when compared to November 2021, and carried a total of 29,820 passengers, a whopping 1,260 per cent increase over the corresponding month of the previous year.

Based on the aforementioned figures, the airline said that it recorded an occupancy rate of 74 per cent, as well as a significant increase in the occupancy rate of seats, which rose by 24 per cent compared to the same period last year. What is more, the airline explained that the sales trend for the company’s summer schedule is positive, something echoed by Cyprus Airways Chief Financial Officer Natalya Milovanova.

“I am very pleased to note that Cyprus Airways continues its positive course and results even in the winter,” Milovanova said in the announcement, before adding that “these figures are remarkable, even when compared to those recorded in November 2019, before the start of the pandemic”.

The company also noted that in order to serve the public during December, it made plans to increase the seating capacity between December 15 and January 15 2023 for its flights to Athens, Yerevan and Paris. The increased seating capacity will allow the company to facilitate an increase in inbound tourists and Cypriots visiting Cyprus during the busy Christmas period. At the same time, it is reported that special offers were issued for day trips to Athens, along with other offers on the company’s recently launched itineraries to Paris and Rome.

Cyprus Airways recently unveiled its strategic business plan for the coming five years, with CEO Paul Sies presenting a summary of the airline’s achievements and how it managed to remain resilient during a challenging period for global aviation.

“Cyprus Airways is strategically positioned to connect Europe with Asia, the Middle East and Africa,” Sies said at the time. “Our plan is based on being a lean organisation with a strong brand and ambition to achieve the development and structural connection of Cyprus with Europe and beyond,” he concluded.