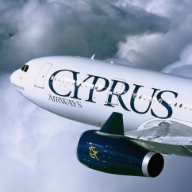 State carrier Cyprus Airways officially announces the sale of its remaining time-slot at London’s Heathrow Airport, but assures it will still fly to London, with Standsted airport as the destination.

The national carrier said the sale of the time-slot was included in the airline’s restructuring plan. The deal was finalised and ink was put on paper on Monday, CY chairman Tony Antoniou told the Cyprus Mail.

The agreement secures a significant revenue stream that would boost the company’s liquidity through 2015, CY said in a press release.

The move is ideally timed, as the time-slot’s value would plunge to zero if the European Commission were to give the thumbs-down to the restructuring plan submitted to it, CY said.

The EC is set to rule by year’s end on whether capital injections from the government to the airline constitute state aid, forbidden by EU competition rules.

Moreover, the airline noted, in the event of a negative ruling by the EC, possession of the slot would automatically be returned to Heathrow’s airport authorities.

The sale will help improve the financial viability of the Larnaca to London route, which currently operates at a loss, CY noted.

The deal paves the way for the airline to transfer its route to another London airport, with more frequent flights and at more convenient times, it added.
It stressed the airline would continue flying to London, but with Standsted airport as the destination. The Larnaca to Stansted route would open from September 14. Up until September 13, all CY flights to and from Heathrow will continue normally.

The company said it would be notifying passengers who have booked flights to London for after September 13.

The sale of the slot to the American carrier had been rumoured for days, with the Ministry of Finance said to be on board with the move.

Notice of the deal was posted on Monday on the website of the Cyprus Stock Exchange. CY is publicly traded, though the government owns a majority holding.  Last Friday CY boss Antoniou confirmed for the first time theairline was seeking to sell the Heathrow slot.

Fending off criticism that management was stripping the airline of its assets and lucrative routes, Antoniou said that on the contrary selling the slot would rescue the company.

A parliamentary discussion – tabled by the AKEL party – was cancelled last week, most likely due to fears that any leaks might scupper the deal.  AKEL and other opposition parties raised concerns that the carrier was selling off its assets and this would lead to its demise – a fear shared by CY’s once-pampered pilots.

The pilots – who have made no secret of their lack of confidence in management – even threatened to strike should the last Heathrow slot be sold.

Politicians are dead set against a possible closure of CY, arguing that the country must have a national carrier, despite the fact the airline has been consistently posting losses at the taxpayer’s expense.

CY’s first slot at Heathrow was sold three years ago for €22m and due to further liquidity problems, the second recently followed suit, going for €6.5m.