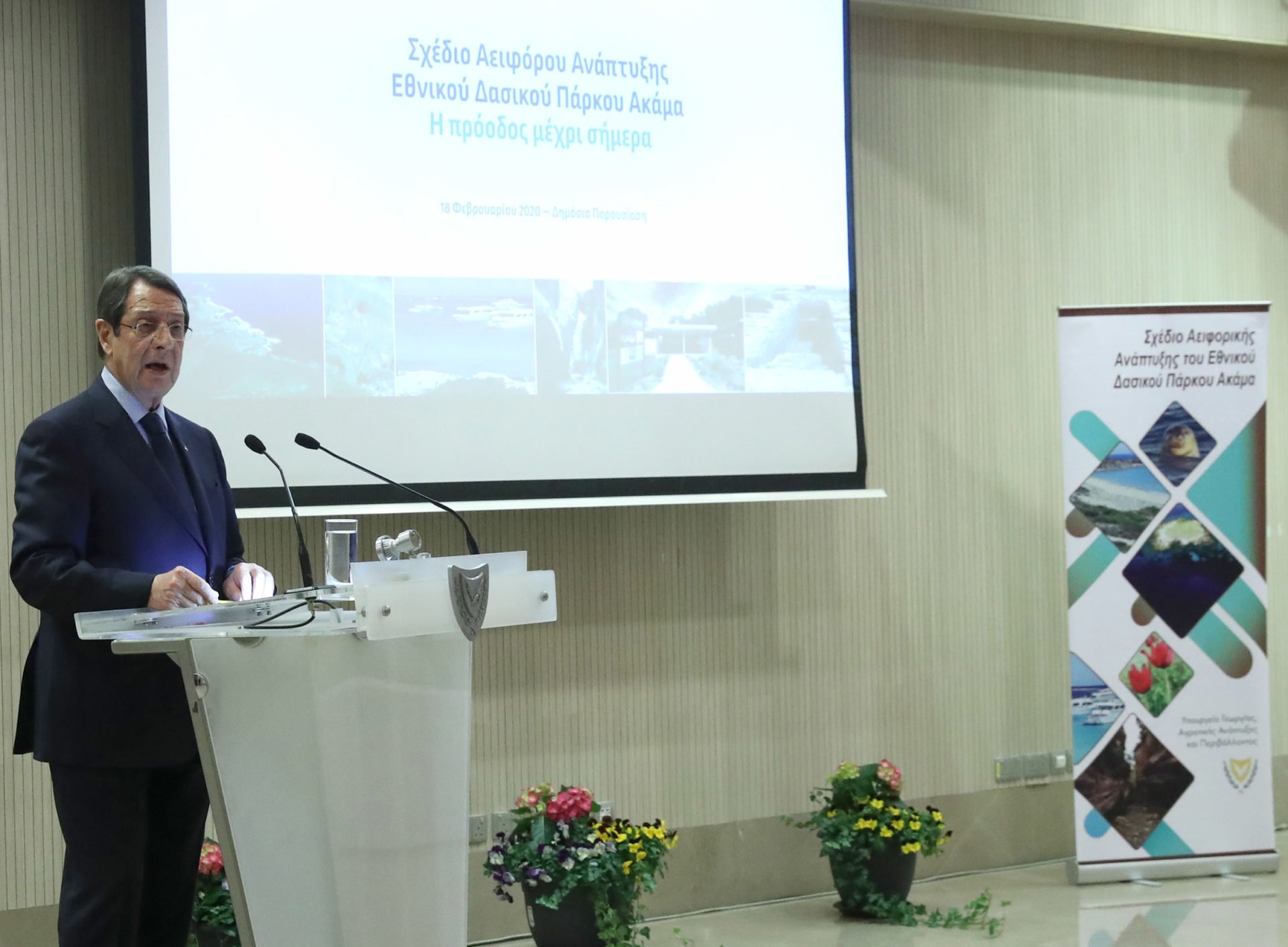 Cyprus Akamas park to be realised by 2022 says President

With the completion of the architectural competition, the results of which were recently presented to the Droushia community, a major step towards the creation of the Akamas national forest park has been taken, President Nicos Anastasiades said on Tuesday.

The contracts with the winning architects are expected to be signed in the coming weeks, and construction of the key infrastructures will begin next year, he added.

“At the same time, the infrastructures will offer basic services to visitors, while highlighting the natural and cultural values of the area, and promoting local products with local tradition.”

The number of visitors demonstrates the great need for the immediate management of the Akamas region and its natural ecosystem which is under enormous pressure, the President added.

“We’re talking about over a million visitors. You realise how much communities will benefit from such a number of visitors. Estimate that today’s tourism is about four million, one million will visit the park and the local communities. Therefore, the benefits will be significant.”

An environmental study will ensure that the interventions will not have a negative impact on the environment.

At the same time, improving the road network will mean a flow of visitors will be able to reach the area while preventing uncontrolled access to sensitive areas.

According to Anastasiades, the park will be operating by the end of 2022, “a goal that is fully achievable and a goal that we are fully and strictly committed to achieving.”

Akamas communities expressed satisfaction over the progress of the plan. In a statement, the Akamas Community Action group said a study showed that the area was visited by some one million Cypriots each year and was the most preferred spot among locals.

The findings of the study showed what residents have been arguing all along, that communities of the peninsula did not benefit from these visits.

Inia community leader Yiangos Tsivikos said they were happy that Cypriots preferred the area and expressed hope that the new plan would attract quality tourism and boost developments that would be friendly to the environment.

The basic condition was to prevent residents from abandoning the area, which can only be achieved through the completion of the plan, he added.