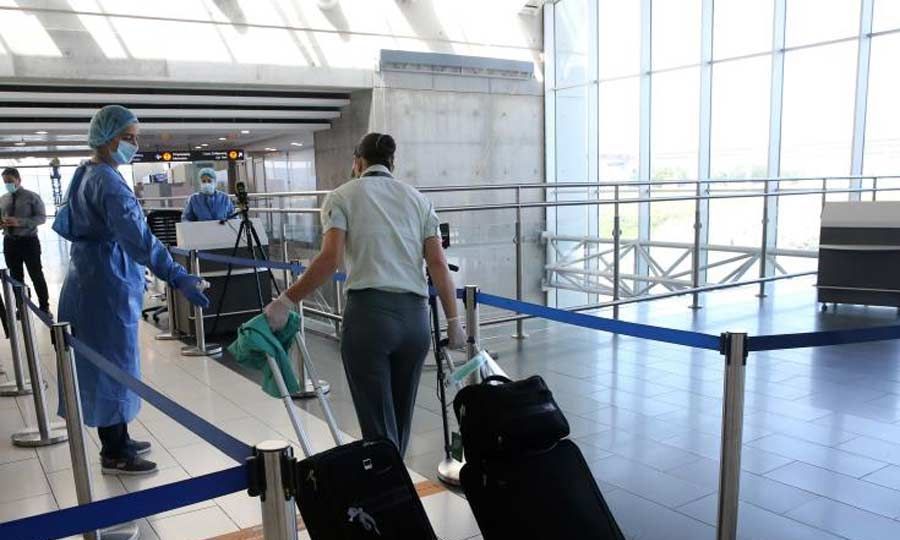 Cyprus on alert over 'aggressive mutations'

Health Minister Constantinos Ioannou says chances remain that the Indian and South African mutations detected on the island last month may spread into the community, adding that vaccinations were the only way to stop the spread of the “aggressive variants.”

Ioannou took to Twitter on Wednesday saying authorities at points of entry in the Republic of Cyprus were on alert over the Indian and South African mutations, after ECDC confirmed with Cypriot authorities that half a dozen coronavirus cases detected in April have tested positive for the two mutations along with 131 samples found with the British variant.

“Given that the new variants are more aggressive and have a higher transmissibility, the only way proposed by the scientific community to prevent their introduction and stop their aggressive spread is a high rate of vaccinations within the population,” Ioannou wrote.

Health expert Maria Koliou, who is an advisor on the government’s pandemic task force, pointed out that the B.1.617 , known as the Indian mutation, was “more contagious and appears to cause more serious illness.”

But the minister said he did not believe the recently detected mutated cases had contributed in any way to the spread of COVID-19, saying the carriers had reached Cyprus from countries in the Grey Category, meaning they were required to quarantine for 14 days.

“I don’t think there was any spread in the community from these cases,” Ioannou said on state television, adding that there was still a chance that variants may sneak through. Reports said officials were following up with close contacts of the specific cases, just in case.

“Despite measures being taken at points of entry and the conditions set for arriving passengers based on countries (i.e., double negative test, obligatory isolation, and so on), there is always a chance that mutations will be introduced in the community,” the minister wrote on Twitter.

Ioannou remained hopeful that the Republic of Cyprus would reach 70% coverage of vaccinated people by July, with local experts pointing to studies saying 70% to 85% would be helpful in the fight against the virus.

Third country nationals traveling to the Republic of Cyprus from a country not included in the Green, Orange, or Red categories are required to obtain a special permit before flying to the island, while Cypriot citizens and legal residents traveling from the same locations are among those not required to get a permit.