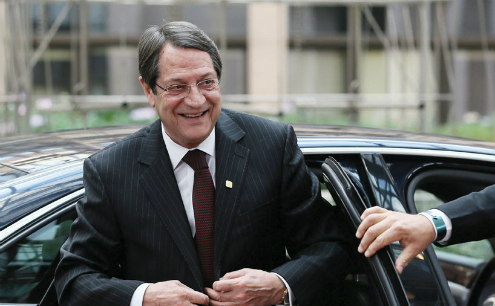 “The deep recession and the severe financial crisis are fortunately behind us.  Cyprus is now one of the fastest growing economies of the EU, currently with the growth rate just short of 3% of the GDP,” said Anastasiades.

Anastasiades noted that the banking sector has undergone restructuring, “and now stands on a much healthier footing.”

“Today, following successive upgrades by rating agencies, the sovereign rating of Cyprus Economy is just one notch below investment grade, which confirms in the best possible way that we are on the right path towards full re-establishment of confidence towards Cyprus in the international investor community.”

The President of Cyprus also made reference to the report issued by the Executive Board of the International Monetary Fund, which welcomed Cyprus’ economic achievements since exiting the Fund-supported program in early 2016.

The report noted the strengthening output and employment growth, sizable primary fiscal surpluses, and an ongoing gradual healing of the banking system in Cyprus.

“From my side, what I feel I should emphasise is the strong commitment of my Government to continue working so that Cyprus remains firmly on a path of sustainable growth,” said Anastasiades.