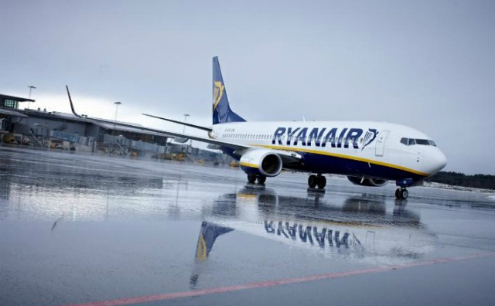 Cyprus is one of the three top choices for families travelling on board low-cost operator Ryanair in the summer of 2019, according to the airline’s Summer Trends travel survey released.

At the same time, Ryanair has launched a new ‘Sizzling Summer Sale’ offer with a 20% discount at www.ryanair.com on travel from September-November, with the deal ending on midnight Thursday (July 25).

The Summer Trends survey found that the most popular summer destinations for Ryanair passengers are Mallorca, Alicante, and Malaga, while families, are bucking the trend for summer breaks, with Cyprus, Tel Aviv, and Lanzarote as their top three choices.

The survey results added that the top destinations for couples are sun-soaked Ibiza, Mallorca, and Tenerife, for students it is Zadar, Seville, and Barcelona, while the routes carrying the most 20-30 year olds are between the UK (Birmingham, East Midlands, Liverpool) and Ibiza.

“One of Europe’s favourite summer sun destinations, Spain, has won out this year according to our Summer Trends travel survey – but it’s interesting to see a rise in up-and-coming travel spots also, with destinations like Cyprus and Tel Aviv popular with families, and Zadar in Croatia a favourite of students,” explained Ryanair’s Alejandra Ruiz.

Earlier in July, Ryanair announced a new Cyprus route to Beirut, Lebanon, with a three times weekly service commencing in October as part of its extended Paphos Winter 2019 schedule, marking the launch with a seat sale with fares starting from €14.99 for travel in August.

Last month, Ryanair said it will continue to grow in Cyprus next winter and will deliver a total of 1.2 million customers annually at Larnaca and Paphos airports, a 30% increase year-on-year, delivering 25 routes in total including seven new routes from Paphos.

From Larnaca there is one route to Brussels Zaventem (2 pw).