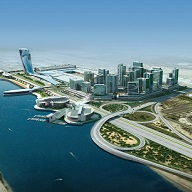 Cyprus and the United Arab Emirates (UAE) have signed a bilateral agreement for cooperation in the air travel services sector and Memoranda of Understanding (MoUs) on energy, tourism, education and science.

According to an announcement the agreement and the MoUs were signed in the context of the meeting of President Nicos Anastasiades with the Crown Prince Prince Sheikh Mohamed bin Zayed Al Nahyan in Abu Dhabi.

In the context of the visit, it has also been announced that the UAE would open a diplomatic mission in Nicosia.

According to acting government spokesman Nikos Christodoulides, who accompanied Anastasiades on the four-day visit, the decision to open a diplomatic mission was an “important step in strengthening further relations” between the two countries. Christodoulides also noted that although there is interest in investments in Cyprus, hard work is required on our part for results to emerge.

“The visit to the United Arab Emirates takes place in the framework of the series of visits by the President of the Republic to the Gulf states,” he said. “One of the main reasons that the President is here is to attract investments to Cyprus. The coming of the President here establishes the first contact and there needs to be a follow-up, there needs to be seriousness on our part, so that there will be results.”

Aside from his meeting with the Crown Prince, Anastasiades also met with three investment funds, the government’s acting spokesman said. “They are state funds and they invest in many countries of Europe,” he said.
“There is real interest about the fact that Cyprus is a member state of the EU and about the hydrocarbons issue – in Abu Dhabi more than 80% of the revenues come from the hydrocarbons sector.”

Meanwhile, Energy Minister Giorgos Lakkotrypis, also a part of the delegation, signed the agreement and MoUs on behalf of Cyprus.

In comments made in the sidelines of yesterday’s meetings, Lakkotrypis said that timetables set out with regard to Cyprus’ plans for the exploitation of hydrocarbon reserves were still in effect. He was commenting on press reports that Israel is changing plans with regard to its hydrocarbon reserves. He pointed out that: “The options available to the partnership that is operating in Israel’s Exclusive Economic Zone have always been known.”

Asked whether there has been any delay in the implementation of Cyprus’ plans, Lakkotrypis said: “We are within the timetables that we have set”, and reaffirmed the government’s commitment to the conclusion of an agreement of a project for the land-based terminal and the commencement of the exploratory drilling, expected to last 12 to 18 months.

With regard to the issue of the ‘interim solution’ – plans to import natural gas for electricity generation until local reserves become available – Lakkotrypis confirmed that four tenders to supply the gas have been received.

“But I must stress that in the previous tender procedure, in which 17 companies expressed interest, only four offered a comprehensive proposal– as required in this procedure, as well,” he said. “At the end of the day it’s not a matter of quantity, but of quality.”