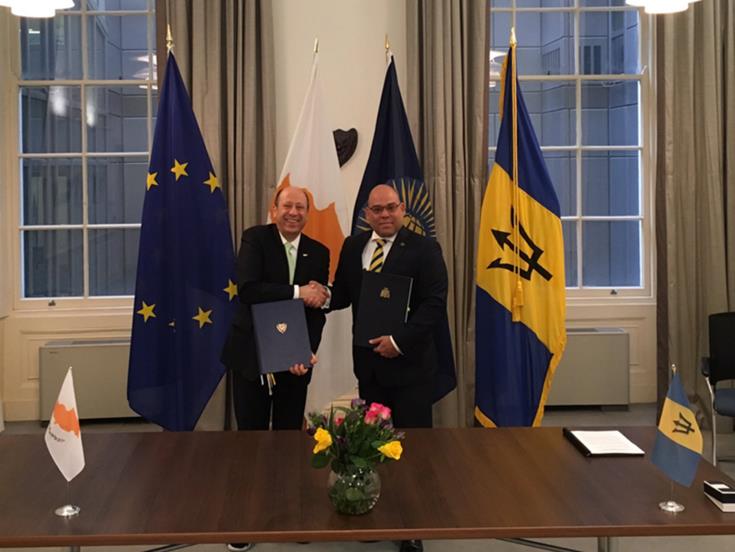 The Republic of Cyprus and Barbados signed on May 3, in London, a Convention for the Avoidance of Double Taxation and the Prevention of Fiscal Evasion with respect to Taxes on Income.

The text agreed between the two jurisdictions will enhance the trade and economic relations between Cyprus and Barbados as well as with other countries, it is added.