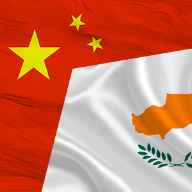 An agreement between Cyprus and China on cultural cooperation and exchange programs for the period between 2014-2018 was signed during an official visit paid to China by the Minister of Education and Culture.

Regarding his meeting with the Chinese Minister of Education, the press release notes that there was an exchange of views and they discussed ways to further enhance their bilateral relations.