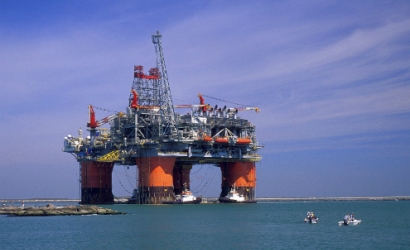 Cyprus and Egypt said to be close to inking gas deal

Cyprus and Egypt are reportedly poised – perhaps even this week – to conclude an interstate gas export-import agreement.

Pen will be put to paper most likely in Nicosia.

“It’s not a commercial deal, it’s a political deal,” he stressed.

“The agreement covers legal, tax, regulatory and environmental issues between the two countries for a pipeline project.

“For example, pipeline standards and specifications in Egypt may be different to those in Cyprus. Or taxation, since this is effectively an export-import deal.”

The agreement is meant to facilitate the mooted construction of a pipeline from Cyprus’ Aphrodite gas field, onto Egyptian shores and then to the LNG facility in Idku.

But it would apply to any pipeline project between the two countries.

It has nothing to do with matters like the price at which the gas would be sold, added Ellinas. This commercial aspect is strictly up to the companies owning the Aphrodite gas (Noble Energy, Delek, Shell) and the LNG plant in Egypt.

In the meantime, the companies with a stake in the Aphrodite play have demanded a revision of the revenue-sharing agreement with the Cypriot state.

Last month, the government agreed to renegotiate the Production Sharing Contract, or PSC, for Aphrodite.

It’s understood, however, that talks to renegotiate the PSC have yet to begin.

Another matter delaying the development of the gas prospect are disagreements between the Cypriot and Israeli sides.

A part of Aphrodite’s gas lies within Israel’s Exclusive Economic Zone. Since the gas in the Yishai prospect, on the Israeli side,  is part of a single geological reservoir, its production depends on agreements between the two countries.

Israel and Cyprus signed a delineation agreement in 2010 but haven’t agreed so far on how to develop gas reservoirs straddling both economic zones.

According to reports, the contacts which foreign minister Nicos Christodoulides had with senior Israeli officials in Jerusalem last week did not yield progress on this front.