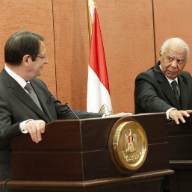 Cyprus and Egypt recently signed a unitisation agreement on the joint exploitation of hydrocarbon reserves, on the bordering line between the two countries’ respective exclusive economic zones (EEZ).

The seminal agreement paves the way for commercial interests to take advantage of any hydrocarbon reserves found in areas that could cross either side of the dividing line between the two countries’ EEZ. In total, three bilateral agreements were signed during President Nicos Anastasiades’ two-day official visit to Cairo, marking an upturn in relations between Cyprus and the interim government of Egypt. Foreign Minister Ioannis Kasoulides signed a Revised Aviation Agreement between Egypt and Cyprus while Energy Minister Giorgos Lakkotrypis signed a framework agreement for the Development of Cross-Median Line Hydrocarbon Resources. A cooperation agreement was also signed between the Cyprus Institute of Neurology and Genetics and the Children’s Cancer Hospital of Cairo.

The unitisation agreement is a final agreement between two governments, and the first one signed between Cyprus and one of its neighbours, with significant implications for the development of the industry in the Eastern Mediterranean. “Instead of neighbouring countries being in conflict, these agreements lead to cooperation for the exploitation of this wealth that God gave them,” said Anastasiades. Cyprus has already signed EEZ delineation agreements with Egypt, Lebanon and Israel, to the annoyance of Turkey, which is not a signatory to the UN Convention on the Law of the Sea outlining how neighbouring countries can peacefully carve up the rights to natural resources under the sea. While the Lebanese parliament has yet to ratify the agreement with Cyprus, Lebanon is keen to explore its hydrocarbons options in the region, even raising hopes of reaching some kind of a settlement with Israel regarding the two foes’ dispute over claims to their respective economic waters.

At the same time, Cyprus has long sought a similar agreement with Egypt. According to reports, this was not made possible during the government of ousted president Mohamed Morsi, due to Turkish pressure against the idea. Following the removal of Morsi by the Egyptian army, after popular uprisings against the rule of the Muslim Brotherhood, Cyprus’ relations with its southern neighbor improved greatly. While the EU foreign ministers and the bloc’s foreign policy chief Catherine Ashton voiced concern about the violent suppression of Morsi supporters, Kasoulides kept the channels of communication open with Cairo through the consistent support for the new interim government. The policy shift appeared to pay off.

Speaking during a joint press conference with Egyptian Prime Minister Hazem el-Beblawi, Anastasiades said the bilateral agreements signed constitute proof of the great interest of Cyprus and Egypt to strengthen even further their relations and help maintain peace in the region. He noted Egypt’s long-standing support for Cyprus and the latter’s pledge, as an EU member, to stand by Egypt and support the Egyptian people’s pursuit of the restoration of democracy. Cyprus considers Egypt an "excellent partner and friend in the region which is why we are pursuing closer and deeper relations,” said Anastasiades. The discovery of hydrocarbons in the region “will allow us to have closer cooperation to achieve what we all want, peace in the region and development through investments”. He also voiced support for the tripartite effort to enhance ties between Cyprus, Egypt and Greece. The president highlighted future cooperation with Egypt in the fields of tourism, education, search and rescue and other issues of great significance for both countries.

For his part, el-Beblawi described the visit as 'important' for both countries, but also for the region. The Egyptian PM highlighted the “very positive stance Cyprus maintains within the EU, always supporting the Egyptian positions”, adding he was sure this will continue. Asked to comment on Turkey’s challenges to Cyprus’ EEZ, el-Beblawi said: “We believe that the solution lies through cooperation and dialogue which is always the best way to resolve issues between countries”, adding, “Everyone should respect international legality”.

Earlier, Anastasiades and his entourage attended a lunch hosted by President Adly Mansour. Also on the guest list was General Abdul Fattah al-Sisi, Egypt’s armed forces chief, described by TIME magazine as “the most powerful political figure in Egypt”.