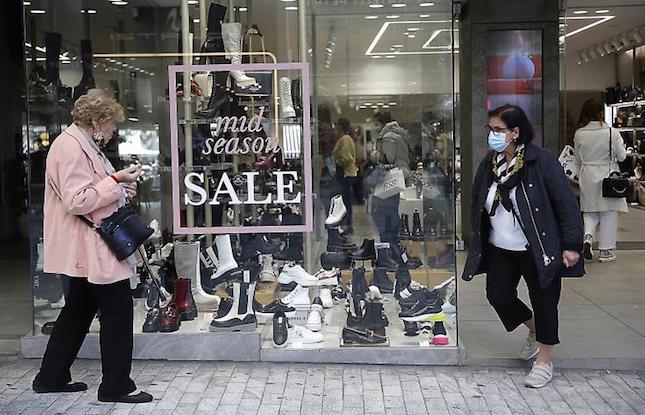 The prospects for the further strengthening and utilisation of the trade relations between Cyprus and Greece were showcased at the ‘Doing Business in Cyprus – COVID 19 Challenges and Opportunities’ online seminar.

The online seminar was organised by Enterprise Greece, the official investment and trade promotion agency of the Greek State, operating under the auspices of the Ministry of Foreign Affairs.

The office of Economic and Commercial Affairs of the Greek Embassy in Nicosia also collaborated in the organisation of the event, where 170 people took part.

One of the key insights of the discussion was that bilateral relations were not affected by the coronavirus pandemic to a great degree.

Conversely, the healthcare crisis appears to have encouraged the two countries to try and make their cooperation more substantial in a number of areas, including mineral mining, medicine and pharmaceuticals, electrical appliances and food items.

Other topics of discussion included the business culture in Cyprus, something which has been said to have been further cultivated in recent years, supply chain management, as well as e-commerce and digital sales channels.

Regarding the particular attributes of the Cypriot market, speakers commented on how it leans more towards tradition than the Greek market, while consumers were described as having a preference for more well-known and established brands.

“Greece’s economic and trade relationship with Cyprus is distinguished by a special bond with Greece being both the largest exporter and the largest importer of Cyprus in terms of goods, while also being in third place in terms of services,” Enterprise Greece executive director and member of the board Betty Alexandropoulou said during the event.

“This is definitely a good base to start from and an important advantage for Greek products,” Alexandropoulou added, explaining that there is an opportunity for the further development of trade activity between the two countries.

Alexandropoulou also said that the potential for growth in trade relations is the reason why Enterprise Greece is ‘here to assist in the greater penetration of Greek products in the Cypriot market’.

Meanwhile, Sofia Pougounia, who is the director of the office of Economic and Commercial Affairs of the Greek Embassy in Cyprus, said that ‘despite its peculiarities, the Cypriot market is still exceptionally friendly to Greek products and services’.

Pougounia added that if Greek businesses ‘better understand the needs of Cypriot importers and adapt accordingly’, they will be able to increase their market and better compete with their competitors from other countries who are already gaining traction in certain sectors.