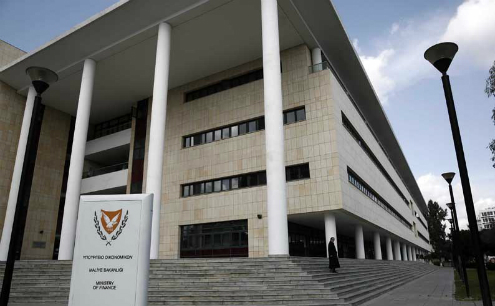 Cyprus and India are a step closer to agreeing on a new double taxation agreement (DTA) after a Cypriot delegation visited New Delhi last week, said the Finance Ministry.

In a released statement, the ministry noted that Cyprus and India held consultations on the effective exchange of information and the renegotiation of the DTA.

The current DTA between the two countries has been in force since December 21, 1994. However, on November 1, 2013, India labelled Cyprus a 'notified jurisdictional area', effectively overturning the original tax agreement between the two countries, after deeming that Cyprus had failed to provide information requested by the Indian tax authorities.

According to the ministry statement, during last week’s consultations, the Cypriot and Indian delegations agreed that Cyprus could address the reasons India suspended the DTA between the two countries with two steps. First, by agreeing to adopt- in a new DTA between the two countries- the provisions of Article 26 of the Organisation for Economic Co-operation and Development (OECD) Model Tax Convention (approved by the OECD Council on July 17, 2012) relating to exchange of information. The second step agreed is to improve the channels of communication between India and Cyprus and “exert every effort in facilitating each other in processing requests and responses in a swift and effective manner”. Regarding the renegotiation of the existing DTA between Cyprus and India, the Cypriot ministry said a new DTA is expected to be finalised soon.

It was further agreed that once the notification of Cyprus as a 'notified jurisdictional area' is rescinded, it will be with retrospective effect from November 1, 2013, when India issued its decision on Cyprus. Meanwhile according to a source, the Cypriot delegation made huge efforts to satisfy India’s demands and overturn the notification against Cyprus.

Another delegation headed by Finance Minister Harris Georgiades will be in Moscow next week to discuss similar matters. Ahead of the visit, Russian media recently reported that the Russian finance ministry is considering putting Cyprus back on the black list of non-cooperative ‘tax havens’, just 11 months after the country was taken off the list. The report came after Cyprus’ dismal transparency ranking at the Global Forum last month, overseen by the OECD. Luxembourg, Cyprus, the British Virgin Islands, Switzerland and the Seychelles were singled out at the forum for not meeting international standards on tax transparency, potentially putting investments in the countries at risk.

One source told the Cyprus Mail it was probably not coincidental that reports of putting Cyprus on the Russian black list surfaced just days before the Cypriot delegation was due in Moscow for talks.