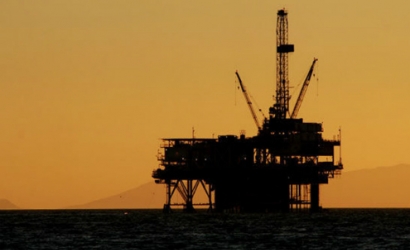 Cyprus and Israel forge ahead with gas exploration

Cyprus and Israel are ramping up their exploration of East Med natural gas reserves with the licensing of more blocks for international companies to exploit offshore energy wealth.

Nicosia has licensed a consortium comprising of France’s Total and Italy’s Eni to search for hydrocarbons in another offshore block in Cyprus’ Exclusive Economic Zone.

Energy Minister George Lakkotrypis said the two oil firms will each have an equal 50% rights to Block 7, one of 13 areas designated for exploration and exploitation within the EEZ.

“The Republic of Cyprus is proceeding seamlessly with its energy plan,” said Lakkotrypis.

“We have worked hard…to achieve this result and we will continue down the path we have designed”.

Total is the designated operator in the block which borders three others where deposits of natural gas have been discovered. It’s believed a sizeable gas reservoir found in the adjacent Block 6 that also belongs jointly to Total and Eni may extend into Block 7.

Lakkotrypis says the government has also approved Total’s participation in four other blocks where Eni had a license.

Total’s stake holding in the four blocks ranges from 20% to 40%.

The French energy giant has been granted a license for blocks 2, 3, 9 and 8 where Eni was the sole operator.

“We believe that this arrangement will strengthen the consortium both in technical and economic terms as well as geopolitically”, said Lakkotrypis.

“All this is necessary in order for them to move on to their drilling activities uninterrupted.”

Total and Eni are now the major drivers of Cyprus’ energy search with the consortium licensed in seven blocks, five of which (blocks 2,3,9,8, and 11) have been granted a 12-month license extension by the government.

A partnership between ExxonMobil and Qatar Petroleum and a consortium composed of Texas-based Noble Energy, Israel’s Delek and Dutch Shell, have licenses for a block each.

Lakkotrypis said that starting from late this year or early 2020, there are plans by all licensed companies to drill up to nine exploratory and appraisal wells that will last 24 months.

Cyprus is determined to implement its energy plans despite opposition from Turkey which is opposed to it and started drilling within the island’s EEZ.

This has incurred EU sanctions, but Ankara says it will continue to drill inside Cyprus waters as it does not recognize the maritime zone.

“The Republic of Cyprus is moving forward with its energy plans,” said Lakkotrypis about Turkey’s provocations.

“Nicosia has been taking action at a diplomatic and legal level…we will continue to do exactly the same thing to defend our country’s sovereign rights with every means at our disposal,” he added.

Energean submitted its proposal in partnership with Israeli Opportunity (20%).

The awarded licences were granted for Block D, located 45 km off the Israeli coast – and include Licences 55,56,61,62 (“Zone D”), offered in the recent Bid Round published by the Israeli Ministry of Energy.

Company CEO Mathios Rigas said: “Energean has proven its ability and commitment to explore and develop resources in a timely and cost-efficient manner in the East Med. The addition of the 4 new licenses contained in Zone D adds further upside potential to our portfolio”.