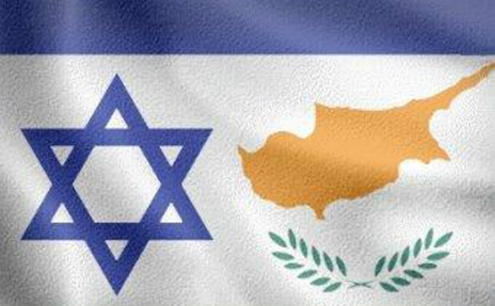 Israel and Cyprus recently agreed to expand their cooperation on energy issues, including the use of pipelines and electricity grids to link to European markets, as both countries develop natural gas fields off theircoasts.

Israeli Prime Minister Benjamin Netanyahu and President Nicos Anastasiades said they would seek to tap the potential of natural gas in the seabed beneath both countries.

“There is palpably renewed energy in our relationship, I mean that figuratively and literally,” Netanyahu said. “… We think that by cooperating with each other we can take it out more easily, we can market it better, to the betterment of both our societies.”

Israel has reported some of the largest natural gas discoveries worldwide in the past decade. Cyprus found gas offshore in 2011.

Netanyahu, who arrived in Cyprus for a brief visit on Tuesday, said the two countries were exploring various options on collaboration, but did not elaborate. Anastasiades said among the options were an east Mediterranean pipeline and the Eurasia interconnector, a private project to transport to Europe electricity powered by natural gas.

“With the Prime Minister, we agree exploration and exploitation of hydrocarbon assets is a sovereign right that is instrumental in the wider regional context and as part of a reciprocally beneficial relationship,” Anastasiades said.

Referring to the economic relations between the twocountries, the prime minister said, “the President and I are giving examples to Israeli tourists and to Cypriot tourists. We want to increase tourism and we want to increase investments and economic activities both ways.”

Last month, a Lebanese man was jailed in Cyprus on charges of hauling ammonium nitrate on the island, which both countries blamed on a plot by the Islamist group Hezbollah.

“We want to achieve peace, peace depends on security and ultimately if you don’t have the capacity to defend that peace it collapses very rapidly in our area,” Netanyahu said.

“We are faced with a very unstable world which while it affords us new opportunities also presents new dangers.”

Anastasiades said the two sides discussed practical ways of improving their national capabilities in a collaborative manner, against the multitude of asymmetric threats to the security of our countries.

“Indeed, there is ample scope for further operational coordination, and we have tasked our teams to pursue this further and deeper,” he said.

Recent regional developments, such as Syria and the agreement on the Iranian nuclear deal and its wider implications for the region, were also high on the agenda.

“The Republic of Cyprus, as a member state of the European Union, has expressed the hope that this deal will help generate stability in the wider neighbourhood and accordingly assist in addressing the valid security concerns of the State of Israel. This is obviously of imperative importance in the implementation road ahead. Due vigilance of all steps is an utmost necessity,” Anastasiades said.

Although Cyprus is considered sympathetic towards Palestinians, its relations with Israel have grown in recent years. Anastasiades and Netanyahu enjoy particular rapport, with Anastasiades referring to the Israeli Prime Minister as his “dear friend Bibi” at least twice.

The two also discussed relations between the EU and Israel, including the initiative undertaken by Anastasiades as regards the Middle East issue. Anastasiades said after the meeting that he had reiterated the importance of restarting the dialogue between Israel and the Palestinians in order to find a solution based on the relevant UN Resolutions.

He said he welcomed the opportunity to present the Israel`s position to the EU, stressing that Anastasiades initiative was worthwhile. “We seek also a world that would enable people to live in dignity, peace and prosperity and in freedom”, he said.

In the context of this initiative, according to sources, European Council President Donald Tusk will visit Cyprus on September 8 and then continue with a visit to the Middle East. Tusk is set to visit Israel on September 9 and Palestine on September 10. It is also likely that he will visit Egypt. The top European official may be accompanied by Anastasiades during his Middle East tour.

Netanyahu arrived on the island in the morning amid strict security measures enforced by hundreds of police officers. He was met at Larnaca Airport by Cypriot Foreign Minister Ioannis Kasoulides and Israeli Ambassador in Nicosia Michael Harari.