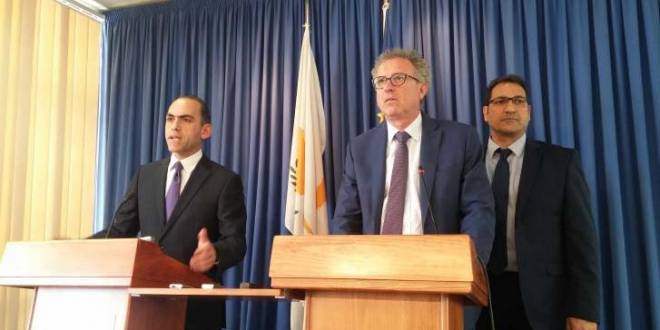 Cyprus and Luxembourg, two of the EU’s financial centres, recently cautioned against the implementation of the proposed Common Consolidated Corporate Tax Base (CCTB) in the European Union.

“Cyprus believes that we should be very cautious and very careful when it comes to corporate taxation,” Cypriot Finance Minister Harris Georgiades said during a joint press conference with his Luxembourg counterpart Pierre Gramegna.

He said that “on the one hand we are firm believers of being fully compliant with fiscal rules and maintaining a balanced budget, however on the other hand we do not believe that EU integration should deviate from the very sound and reasonable principle of subsidiarity, that is, decisions should be taken at the level closest to the citizen.”

On his part Gramegna said he shares Georgiades` concerns, adding that Luxembourg’s parliament has sent a letter to the EU requesting clarifications as to the extent to which this directive meets the principles of proportionality and subsidiarity.

“As Luxembourg, we are going to work together with the Commission and the EU members but having in mind that in terms of taxation the principle of unanimity is foreseen in the Treaty,” he said.

He also pointed out that corporate taxation is a broader initiative taken up by both the G20 and the Organisation for the Economic Cooperation and Development (OECD) in the form of Base Erosion and Profit Shifting, providing or a set of tools aiming at establishing “a level playing field.”

“We must make sure that the CCTB inside the EU does not lead to a situation where we make Europe less competitive in terms of taxation than the rest of the world,” he underlined.

The two Ministers signed in Nicosia a bilateral treaty on the avoidance of double taxation.

“The signing of the double tax treaty opens the way to further expanding this economic and commercial ties, building on the excellent political ties that we enjoy,” Georgiades said.

Gramegna said this treaty was the “missing link” in a series of double taxation treaties signedbetween his country and the EU member-states.

“Such agreements are important because it will boost bilateral relations for goods and services obviously because it makes trade more efficient,” he said.