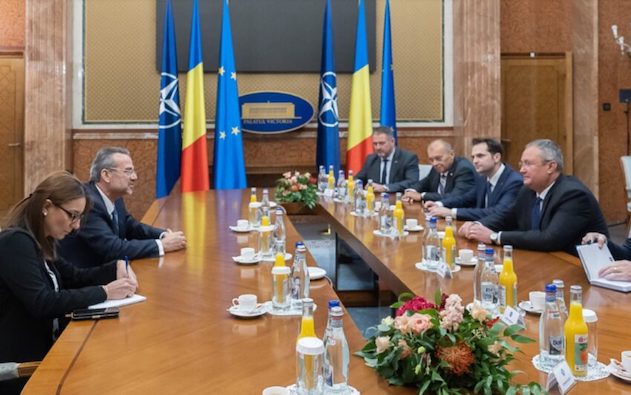 Cyprus and Romania build ties on cybersecurity, innovation and entrepreneurship

The visit of Deputy Minister of Research, Innovation and Digital Policy Kyriakos Kokkinos to Romania has been branded a success. The delegation focused on discussing cybersecurity, digital transformation matters and creating a better bond between the entrepreneurial communities in both countries.

As part of the visit, Kokkinos was received by Romanian Prime Minister Nicolae Ciucă, with whom they discussed ways to deepen and expand cooperation between the two countries, both bilaterally and at the European level.

Kokkinos then continued discussions with Minister of Research, Innovation and Digitization of Romania Sebastian Burduja and the Digitization Authority of Romania. During the discussion, they identified the areas of cooperation that will be the subject of a relevant Memorandum.

The forthcoming Memorandum will, among other things, provide for the exchange of know-how and expertise regarding modern models of digital service development, the transition to cloud computing and the use of artificial intelligence, while emphasis will also be placed on the promotion of innovative entrepreneurship and the formation of partnerships between the research and entrepreneurial community of the two countries.

At the centre of the discussions was the key issue of cyber security, with Kokkinos stressing that in an era of ever-increasing threats, every state and organisation must give due importance to this field, an essential element for building a resilient and competitive digital economy.

Furthermore, he visited the National Directorate and the National Cyber Security Center of Romania, with the aim of expanding the existing cooperation between Cyprus and Romania, with priority areas being education and training for skill development, the formation of structures and mechanisms for better protection, prevention and response to cyber-attacks. They have also agreed to promote the cybersecurity culture throughout the spectrum of the social and economic structure of both countries.

As part of the visit, Kokkinos participated in a business forum organised by the Cyprus Chamber of Commerce and Industry (Keve) and the Cypriot-Romanian Business Association, with the aim of promoting Cyprus as an attractive business centre in the fields of technology and services. He met business executives and companies active in the IT sector, who showed interest in operating in Cyprus.

“This visit inaugurates a new era for the already strong ties between the governments, the business communities and the peoples of Cyprus and Romania. On the basis of common goals, as they have been formulated in the framework of the National Recovery and Resilience Plans of the two countries, we join forces and lay the foundations for building a better future, based on knowledge and digital technology, for both countries,” Kokkinos said.