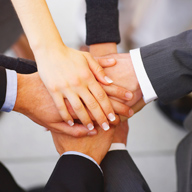 A cooperation Protocol between Cyprus and Romania was recently signed in Nicosia at the end of the 15th Session of the Joint Cyprus-Romanian Committee, aiming to further strengthen bilateral relations in various fields.

During the meeting of the Intergovernmental Commission, established under the bilateral Agreement on Economic, Industrial and Technical Cooperation, the delegations reviewed the cooperation achieved so far between Cyprus and Romania.