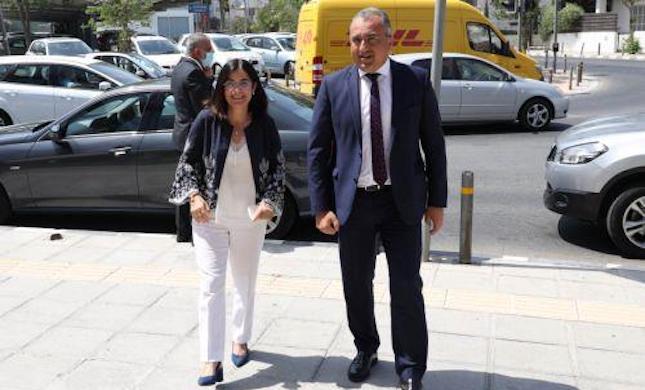 Cyprus and Spain to collaborate on organ transplants

The rate of organ donation in Cyprus remains very low compared to other European countries, Health Minister Michael Hadjipandela said on Thursday, adding that 173 transplants from living donors and 80 from posthumous donors have been carried out in Cyprus since 2011.

In his remarks, following a visit to the Transplant Clinic of the Nicosia General Hospital with the Spanish Health Minister, Carolina Darias, who is on an official visit to Cyprus, Hajipandela said that a total of 253 transplants have been carried out in Cyprus since 2011, noting that the average number of transplants per year is 21.

According to Michael Hadjipandela, his ministry's goal is to further increase this number, drawing help from pioneering countries such as Spain.

It is noted that as of today, September 1, the specially designated Transplant Clinic of the Nicosia General Hospital has been put into operation, the operation of which was postponed due to the outbreak of the pandemic.

The Transplant Clinic was established in 2011, on the basis of the decision to move the relevant service under the auspices of the state, following kidney transplants performed at the Paraskevaides Transplant Centre.

During their visit to the Nicosia General Hospital, the Cyprus and Spanish Health Ministers were briefed by doctors from OKYPY in relation to the activities and treatments carried out in the Transplant Clinic and the Intensive Care Unit.

In addition, as mentioned by Mr. Hadjipandela, during the day a meeting will be held at the offices of the OKYPY, in the presence of the Spanish Minister of Health, to discuss ways of cooperation between OKYPY and Spanish hospitals.

"There is a willingness and goodwill," he said, "such as the exchange of doctors and training of our own doctors in hospitals in Spain, and it is a subject that we will consider in the meeting that will follow."

In response to a question, the health minister said Spain is possibly the best country in the world in terms of donor rates, adding that his ministry "learns from countries that are better."

"We will never tire of traveling and meeting our counterparts and learning from them," he said.

Spain's Health Minister, Carolina Darias, said through an interpreter that the donor rate in her country "has increased by 40%," to note that it is among the countries with the highest rates in the European Union.

She noted that Spain wants to continue working with Cyprus in this important area so that lives will continue to be saved.

"It is very, very important. One life is lost, but many more can be gained," Carolina Darias said.

She thanked the Cypriot Minister of Health for the inter-ministerial - bilateral cooperation they had in Cyprus, while she also referred to the signing of the Memorandum of Understanding between the two countries, which took place on December 9, 2021, calling it "quite an important agreement".

He further stressed that the chain of saving lives must continue.

The Director General of the OKYPY, Kypros Stavridis, also made statements, describing the Transplant Clinic as a "national wealth" for Cyprus.

He said that the organization aims to develop this particular clinic in order to further help patients.

He expressed his thanks to the Ministry of Health, as he said it "brought the Organisation in contact with a country that is a pioneer in transplantation".