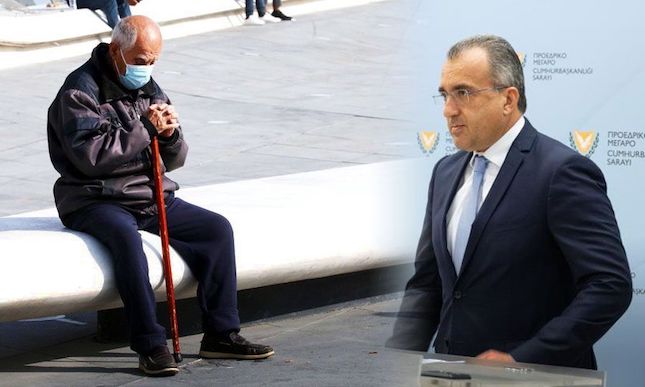 Cyprus announces measures to ‘save Christmas’

The government in the Republic of Cyprus has approved more pandemic measures ahead of the holiday season, including state subsidies for self tests for vaccinated individuals, while those who have not received the jab will need to pay if they want to want to screen for the bug in the comfort of their own home.

During a Cabinet meeting on Wednesday at the Presidential Palace in Nicosia, chaired by President Nicos Anastasiades, several measures were decided starting next week and next month in an effort to curb the spread of COVID-19.

Following the meeting, Health Minister Michalis Hadjipantela said vaccinated citizens will be eligible for free self rapid tests starting on December 13. The home kits will be subsidized by the government and can be obtained with a prescription from a family doctor.

But unvaccinated individuals will have to pay for self tests, the minister said, making good on a promise he had made earlier this year. He also warned stricter measures would need to be adopted if people failed to follow the rules.

Self-swabbers regardless of vaccination status will still need to follow up with an official rapid test or PCR exam to verify and confirm home results for Safe Pass purposes, Hadjipantela added.

Additional measures as part of the latest emergency rules also include lowering the age limit down to 6 for the use of face masks where they are required, starting next Monday, while a modified version of the Safe Pass will be applied to persons aged between 6 and 11 and only those aged 14 and above will need to present a QR code for a check through the CovScan app.

The validity period for negative results from rapid antigen tests will be shortened from the current 72 hours down to 48 hours starting December 1, while PCR duration remains at 72 hours.

Other measures include a provision for phasing out Safe Pass eligibility for vaccinated persons who fail to get a booster shot seven months from the last time they were jabbed.

Other measures targeting unvaccinated persons will block their access to several venues starting December 15, including indoor and outdoor stadiums, theaters and amphitheaters, cinemas, showrooms, as well as nightclubs, dance clubs, and restaurants, all of which remain accessible to persons aged 12 and above as long as they have received at least one vaccination shot at some point.

Mobile units from the health ministry will also be found in high risk areas or outside venues where virus clusters have been detected in order to carry out rapid tests regardless of age or vaccination history, a measure that was pushed by some experts following tough debate.