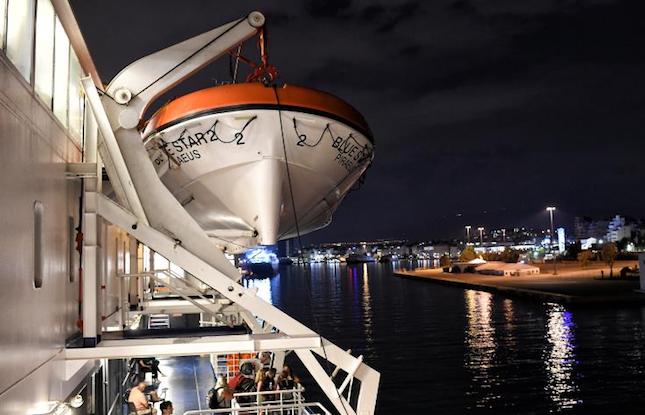 Cyprus has welcomed new regulations drafted by the IMO’s Marine Environment Protection Committee to drastically reduce greenhouse gas emissions by existing ships once these are implemented in about six months.

The target is to cut the carbon intensity of international shipping by 40% until 2030, compared to 2008 levels.

The Deputy Ministry of Shipping hailed the MEPC decision.

“This is a step forward and a building block towards the implementation of the IMO initial strategy for the decarbonisation of shipping.”

The draft amendments of MARPOL Annex VI, scheduled for formal adoption in June 2021, relate to mandatory goal-based technical and operational measures to reduce carbon intensity, including a review clause for the evaluation of the measures in the near future.

Ioannis Efstratiou, a senior inspector at the shipping ministry responsible for environmental issues, told the Financial Mirror that this was a two-step procedure, initially approved during the MEPC75 meeting on November 16-20, followed by adoption six months later, to coincide with the next MEPC meeting.

Efstratiou said with the implementation of emission cuts getting underway, “the results of these reductions may appear sooner” than 2030.

The 75th session of the International Maritime Organisation’s MEPC environment committee approved the amendments to cut ship emissions and agreed on the terms of reference for assessing the possible impacts of the new requirements on states, in particular Small Island Developing States (SIDS) and least developed countries (LDCs).

The draft amendments to the MARPOL convention would require ships to combine a technical and an operational approach to reduce their carbon intensity, the IMO said.

“Considerable further work on the implementation of the measures is still ahead of us, but I am confident that, the IMO spirit of cooperation, shown during the past years, will enable swift progress with the development of technical guidelines and a Carbon Intensity Code,” said IMO Secretary-General Kitack Lim.

He said the approved amendments were important building blocks without which future discussions on mid and long-term measures will not be possible.

The amendments bring forward the entry of phase 3 to 2022, from 2025, for several ship types, including gas carriers, general cargo ships and LNG carriers.

This means that new ships built from that date must be significantly more energy-efficient than the baseline.

The Committee also approved the Fourth IMO GHG Study 2020 that contains an overview of GHG emissions from shipping 2012-2018, developments in carbon intensity and emission projections towards 2050.

Although the carbon intensity cuts for shipping were the main topic of discussion during MEPC75, delegates also discussed an industry-led proposal for the establishment of a non-governmental International Maritime Research and Development Board (IMRB) and related fund.

The MEPC Secretariat provided information on the establishment and operation of the Greenhouse Gas Technical Cooperation (GHG TC) Trust Fund and that since the establishment of the Fund in July 2019, the governments of Malaysia and France had provided large financial contributions.

IMRB’s purpose will be to develop a research and development (R&D) programme to accelerate the introduction of low-carbon and zero-carbon technologies and fuels.

An IMO supervisory body reporting to the Committee and an International Maritime Research Fund (IMRF) is expected to raise $5 bln over the 10 to 15 years life of the programme via a mandatory R&D contribution of fuel oil purchased for consumption.