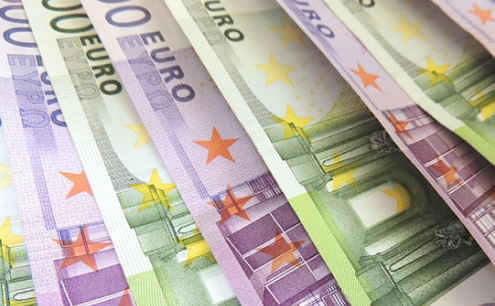 Cyprus plans to return to markets ahead of schedule

Cyprus has appointed six international banks to arrange meetings with bond investors in Europe, revealing plans to return to international markets at least a year earlier than envisaged under its bailout programme.

Finance Minister Harris Georgiades has said the government will decide in the coming weeks on Cyprus’ return to international markets, more than a year ahead of schedule. This was firmed up by President Nicos Anastasiades last night when he told shipping brass the island was expected to return to international financial markets by the end of this month.

The government is said to be mulling an up to €500m bond issue on the secondary market, to be used to repay domestic debt – borrowing from local banks, cooperatives and semi-governmental organisations – amounting to some €4bn and maturing in 2020.

“The Republic of Cyprus, rated B (positive) by Standard and Poor’s, Caa3 (positive) by Moody’s and B- (stable) by Fitch, has mandated Deutsche Bank, Goldman Sachs International, HSBC, UBS Investment Bank and VTB Capital to arrange a series of fixed income investor meetings in Europe,” the press release said.

“This is a very positive development for us. It’s a clear sign of trust towards our economy. Our liquidity will increase and we will be able to pull ourselves up,” Georgiades had said over the weekend, adding that Cyprus’ international lenders – European Commission, European Central Bank and International Monetary Fund – have already approved the move.

Cyprus is under an EU/IMF programme that covers the island’s financial needs until the first quarter of 2016. But some €3bn of debt will be coming due over the 18 months after the programme end.

Based on the adjustment programme, Cyprus had been set to return to the markets in late 2015 or early 2016.

The island was excluded from international markets in May 2011 because of its oversized banks’ exposure to the Greek economy, and the inability to close fiscal gaps.

A bond issue now would most likely be short-term (five years) and thus carry a higher risk and yield than long-term borrowing.

The interest on this foreign borrowing could range from 4.5% to 5.5%, economist Mike Spanos speculated.

But that’s a high price and in any case similar to the cost of domestic borrowing, which is about 5%, he added.

On the face of it, replacing domestic borrowing by foreign borrowing is a positive move, as it injects capital into the system and increases badly-needed liquidity.  On the other hand, according to Spanos, the move does not satisfy the two other prerequisites for the balancing act of managing a country’s debt, namely that borrowing must be long-term and at low interest. “The test of any strategy is in the way it ends,” he observes.

Under the bailout, Cyprus is receiving assistance of up to €10bn up until 2016. Repayment of the loan has a maximum maturity of 20 years and an average of 15 years while the interest paid is based on the funding costs of the European Stability Mechanism (ESM), around 2%.

What Spanos proposes – and he is unique in doing so – is that Cyprus apply to extend the adjustment programme to 2019 or 2020, timing it to coincide with the end of the government’s near-term financing needs.

In this way, he argues, Cyprus would be able to cover financing needs at the 2% interest charged by the ESM, instead of the 5% from the markets.

At the same time, the economist is acutely aware that no politician or party – each for their own reasons – wants to hear a word about stretching out the adjustment programme.

Spanos says that although yields on Cypriot bonds are dropping, it is only because Cyprus for the time being has the backing of the ESM and is therefore seen as being good for its debts.

“It’s easy for policy makers to misconstrue market signals… returning to the markets must be a means to an end, not an end in itself,” he adds.

Meanwhile Cypriot 10-year bonds trading in the secondary market recorded a new record low at 4.827% on Monday, down from 4.948% last Thursday, according to data analysed by the Cyprus News Agency.
On June 14 2012, Cypriot bonds had recorded a historic high reaching 16.46 % only beginning to dropafter Cyprus applied to the ESM for a bailout. Its lowest yield was recorded on August 16, 2010 at 3.812%.