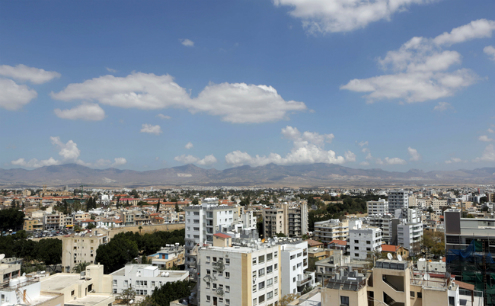 Lebanese real estate investors are increasingly turning their attention to Cyprus, on the heels of the Lebanese banking sector, which has already opened nine bank branches on the island.

"The step is due to a set of incentives attracting investments to the Cypriot market," said Lebanese real estate investor George Chahwan. "After the Cypriot real estate market suffered losses in recent years when banks recovered house loans from investors, there is today an abundance of plots and flats offered at encouraging prices," he told Al-Shorfa. Chahwan, who is currently developing a series of residential projects in Lebanon, said he saw in Cyprus an opportunity for real estate sectorinvestment. "I now benefit from the available offer, as I buy flats at good prices and then sell them to Lebanese citizens," he said.

Investing in the real estate sector in Cyprus does not mean real estate development in Lebanon is stagnant, however, Chahwan said. "In spite of all events, Lebanon is still attractive for real estate investments," he said. "However, we are known for our spirit of adventure, and the Cypriot market encourages investments because the island is very close to Lebanon."

The Cypriot state and the Central Bank of Cyprus are encouraging investment, he said. "The law in Cyprus, which gives a host of incentives for investment in the country, allows those buying a flat or real estate worth €300,000 ($418,000) or more to have permanent residency, and those buying for less than that amount to have residency that can be renewed annually," he said. The law also states that foreign nationals depositing €5 million ($7 million) or more in a Cypriot bank or holding investments of the same value are eligible for Cypriot citizenship, Chahwan added.

"The Cypriot law gives Lebanese citizens another privilege, which is the ability to obtain Cypriot citizenship if they invest €3 million ($4.1 million) or deposit the same value at a Cypriot or a Lebanese bank," he said. "However, they may not move to other European countries using that citizenship." Lebanese investment opportunities are concentrated in Larnaca, Ayia Napa and Protaras, he said.

Real estate expert Raja Makarem attributes Lebanese investors' interest in Cyprus to "its historical attraction, especially as it is near Lebanon and is easy to get to". Investment in Cyprus does not pose a threat to Lebanon's real estate market, he said, "because real estate development in Lebanon is maintaining its levels". In fact, he told Al-Shorfa, this trend can be positive and beneficial to the Lebanese market.

"The Cypriot market is not taking anything away from the Lebanese market because the latter is self-sustaining and attractive," he said. "Therefore, Cyprus is not an option to replace Lebanon, but represents a second opportunity to make profits and seek shelter in case of crises." "Cyprus has succeeded in attracting attention to its real estate sector to generate liquidity which it urgently needs today,” said Violette al-Balaa, financial editor of Lebanon's Annahar newspaper. Prices will not go up as long as Cyprus faces a sovereign debt crisis, al-Balaa said, pointing out that Lebanese interest in buying properties and investing in Cyprus is modest due to the liquidity crisis facing Lebanese investors, which makes them avoid additional risks.