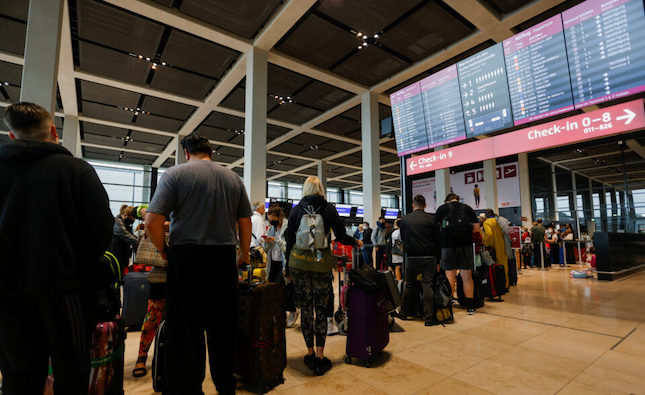 The percentage of flights affected in Cyprus by travel delays at European airports is milder, but Tourism Minister Savvas Perdios advised Cypriots to avoid travelling abroad during the holiday peak of July-August.

Perdios said despite the travel chaos, the positive aspect is there are not hundreds of flights cancelled from Cyprus like other destinations such as Greece, Croatia, Spain and other countries.

He said there is no magic solution to the problem, and with the high travel demand, airlines have not yet managed to staff their companies properly.

He advised that if passengers postpone their travels until after July and August, that will help themselves, the airlines and the airports.

But for most parents travelling with children during the school holidays, this is easier said than done.

“The Deputy Ministry of Tourism may be advertising for the summer, but in a way, people abroad understand that the summer in Cyprus extends until November.

“In this way, we also help the airlines, the airports, the agents who make the reservations and so on”.

According to the official statistics for tourist arrivals in the last five months, Cyprus is about 75% of 2019 levels when a record 3.97 million holidaymakers came.

“This is satisfactory, under the circumstances, because we had to handle the repercussions of Russia invading Ukraine and the Omicron mutation of COVID-19, which pushed Cyprus into taking strict health measures.”

Perdios admitted that this year would not be without problems as the number of travellers lost from Russia and Ukraine is around 800,000.

However, he said timely actions undertaken by his junior ministry managed to mitigate these losses.

The rapid recovery in air travel has come up against a huge shortage in staffing at airports and airlines.

Travellers in Europe are paying ever more for a plane ticket yet have less chance of actually reaching their destination.

From London to Amsterdam to Berlin, chaotic scenes play out at airports as the fine-tuned interplay between check-in desks, security personnel, and baggage handlers unravel.

Ticket pricing and cancellation data show Europe is where the turmoil has converged to inflict maximum pain on consumers.

Europe had more than double the cancellations of US carriers between April and June, according to flight tracking company RadarBox.com.

Meanwhile, this week’s fares on summer routes such as London to Alicante in Spain are more than three times higher than the same week last year, according to data from Kayak.com.

A faster-than-expected recovery in air travel has clashed with a massive staffing shortage after deep cuts during the pandemic.

Instead of a roaring comeback, the global aviation industry is stumbling, unable to rapidly fire up operations from the worst travel slump on record.