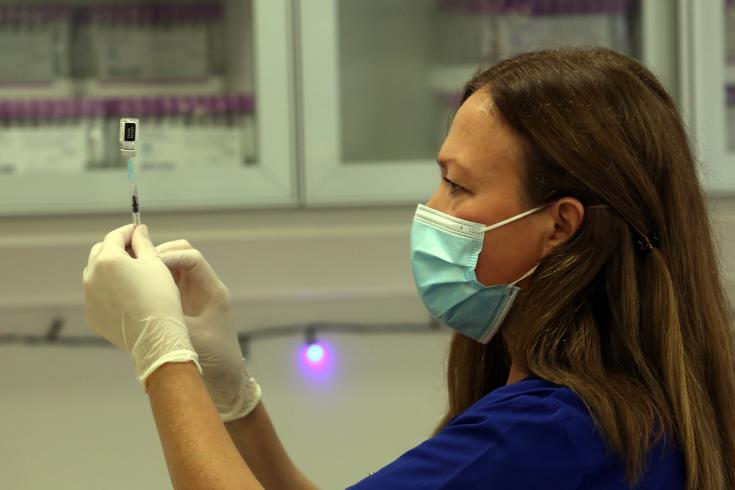 The European Medicines Agency (EMA) on Thursday gave the single-dose Johnson & Johnson-developed coronavirus vaccine the green light as the EU seeks to speed up a stuttering inoculation campaign with Cyprus ordering 200,000 doses.

After a thorough evaluation, EMA’s human medicines committee (CHMP) concluded by consensus that the data on the vaccine were robust and met the criteria for efficacy, safety, and quality.

The Janssen Covid-19 jab is the fourth to be endorsed for use in the EU after vaccines from Pfizer-BioNTech, AstraZeneca-Oxford and Moderna.

Cyprus’ Health Ministry has an Advance Purchase Agreement through the EU for 200,000 doses of the drug, but there is no timeframe for delivery.

A source close to EU vaccine procedures told the Financial Mirror delivery of the Janssen Covid-19 vaccine should not be expected before the summer.

The vaccine has been approved for use in the United States, Canada, and Bahrain, while South Africa is carrying out an expedited review.

Johnson & Johnson’s vaccine is the first to be approved as a single dose.

Janssen works by preparing the body to defend itself against Covid-19.

It is made up of another virus (an adenovirus) modified to contain the gene for making the SARS-CoV-2 spike protein.

This is a protein on the SARS-CoV-2 virus, which it needs to enter the body’s cells.

The adenovirus passes the SARS-CoV-2 gene into the vaccinated person’s cells. The cells can then use the gene to produce the spike protein.

A person’s immune system will recognise the spike protein as foreign and produce antibodies, and activate T cells (white blood cells) to target it.

Later, if the person comes into contact with the SARS-CoV-2 virus, the immune system will recognise the spike protein on the virus and defend the body against it.

The adenovirus in the vaccine cannot reproduce and does not cause disease.

Compared to other vaccines boasting an efficacy of 90%+, Johnson & Johnson’ vaccine exhibits a lower efficacy.

It means that the vaccine had a 67% efficacy at two weeks. Similar efficacy was seen at four weeks.

Meanwhile, a Ministry of Health official confirmed that Cyprus would not participate in a top-up order from Moderna.

Hungary’s premier Viktor Orbán’s chief of staff published the delivery schedule and two pages of the EU’s purchasing agreement with US vaccine producer Moderna after opposition parties blamed the government for not buying enough Western vaccines.

According to the document, 16 EU countries opted out of the vaccine top-up, including Cyprus.

“Cyprus did not opt-in, rather than opt-out. We took into consideration that delivery of the top-up order would be a long way down the road when we will have more than enough vaccines already in stock,” a Cypriot official told the Financial Mirror.