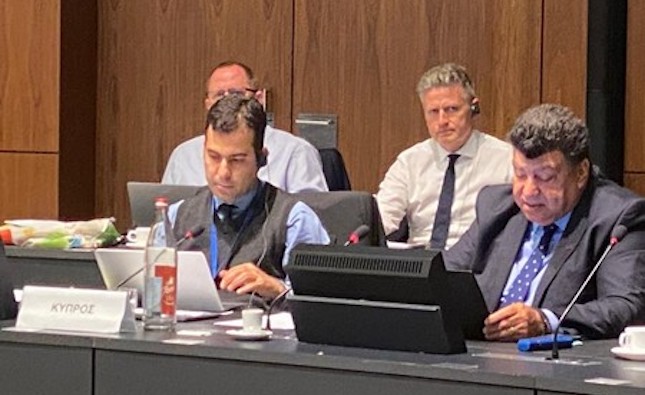 Cyprus supports the creation of a common platform for the supply of natural gas, as well as the EU providing financial support for innovative green technologies to mainly address the needs of the Southern Mediterranean, the permanent secretary of the Ministry of Energy, Marios Panayides, said during a meeting of the Council of EU Energy Ministers held in Luxembourg on Monday.

Panayides was speaking in the context of the discussion regarding the energy situation in the EU due to the Russian invasion of Ukraine, according to an official statement. He noted that high energy prices are already having a serious impact on the economy and citizens in Cyprus, especially in the transport sector where the country, like most small countries and islands, lacks public infrastructure.

Speaking about the adoption of the Council’s position (general approach) on the proposal to revise the Energy Efficiency Directive, Panayides thanked his interlocutors for the approach adopted towards Cyprus and Malta regarding the mandatory national energy saving contributions of Member States.

The revision of the directive includes an update to the EU-wide energy consumption reduction target, in order to achieve the objective of reducing greenhouse gas emissions by at least 55% compared to the 1990 baseline.

Commenting on the proposal, Panayides called for a balanced solution that takes into account the EU’s climate objectives while recognising the specific situation of some Member States, including island Member States, where gross final energy consumption in the maritime transport sector is disproportionately high.