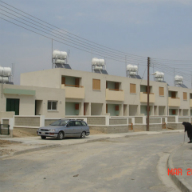 Land registry employees are putting in extra hours without pay to reassess property values as part of the island bailout deal.

Cyprus has until now taxed properties according to their 1980s values and many properties have not even been registered, making it difficult for authorities to come up with a fair immovable property tax.

Deputy land registry director Kleanthis Kleanthous said civil servants were busy pulling 12-hour shifts – with no overtime -- to re-evaluate some 500,000 properties islandwide. The reassessment must be completed by June 2014. International lenders have also demanded that in the next 20 months the department must issue overdue titles for 60,000 units.

Until now, the land registry department issued 1,000 title deeds permonth – it would have to increase its performance to 3,000 to complete the task. “Civil servants are conscious of the problems and do whatever they can to help,” Kleanthous said. He added that a number of his colleagues had voiced their readiness to work without overtime pay, even on Saturdays, to help get the job done in time. “Seeing the huge need, a lot of colleagues from all districts, have volunteered to work for at least one Saturday,” Kleanthous said.

The department must also evaluate all state property, including that belonging to semi-state organisations and municipalities. “We will all take to the streets or work in the office, to give the message that we know what is going on and we do not want additional taxes on Cypriot society,” Kleanthous said and also urged the public to show understanding since the department’s other duties will inevitably be carried out at a slower pace.

In April, the government was forced to submit provisional immovable property tax legislation (IPT) in a bid to meet immediate bailout conditions, but pledged to have it amended by the end of June to make it fairer. Authorities lacked sufficient data to prepare a comprehensive proposal but at the same time the bill had to be approved for Cyprus to be eligible for the much-needed first tranche of a €10 billion bailout it received this month. “There are whole areas in Limassol, Nicosia, and Larnaca, where houses worth millions of euros are built, which do not have a building permit at the moment and are considered plots and fields,” government spokesman Christos Stylianides said at the time.