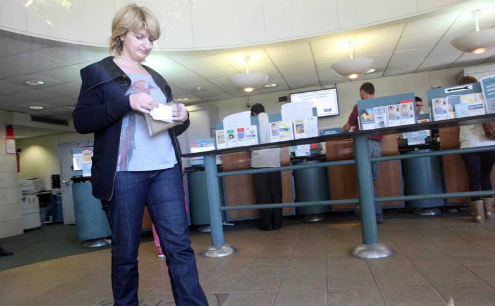 The completion of the recapitalisation and restructuring process of Cypriot banks should improve confidence and contribute to funding stability in the system, Fitch Ratings said on Tuesday, warning however that lenders remained vulnerable to funding and liquidity risks.

Fitch said it expected Cyprus’ GDP to contract by 8.9% in 2013 and a further 4.9% in 2014. “A much deeper and longer recession could aggravate already poor asset quality and  profitability and renew pressures on capitalization,” it  said in a statement.  “This may put further pressure on funding and liquidity profiles. We see this as the major risk for Cypriot banks.” The completion of the recapitalization and restructuring process should  reactivate capital flows and help mitigate liquidity risks, especially at Bank of Cyprus (BoC) – the largest bank, which was exposed to the greatest losses, the agency said.

Fitch expects capital controls to remain in place for some time, to help the stabilisation of the Cypriot economy and banking sector, “but this will not prevent us from upgrading the banks’ ratings” Fitch said despite recapitalization, BoC’s funding and liquidity remains affected by continuous deposit withdrawals. The lender remained reliant on central bank funding, largely through the Emergency Liquidity Assistance mechanism, despite regaining its counterparty status with the ECB. “It has most to gain if confidence for the sector improves,” it said.

Hellenic Bank has until end-October to meet the regulatory minimum 9% core capital ratio by private means. If unsuccessful, the bank will receive state aid without forcing losses onto senior creditors. Its funding and liquidity may be more resilient. Despite the crisis, loans/deposits were close to 80% at the end of the first six months of the year, partly supported by the capital controls and the bank does not rely on ECB funding.