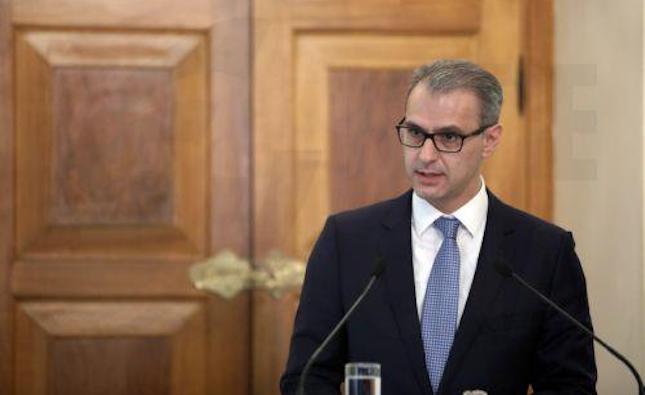 Governor of the Central Bank of Cyprus Constantinos Herodotou said on Thursday that the banking sector of Cyprus faces the effects of the Russian invasion of Ukraine from a financially sound position.

He added that the first-round effects of the war on the Cyprus banking system do not appear to pose any material threat to the banking sector since the direct links of Cyprus’ banking sector with Russia and Ukraine are limited and not material.

In a speech he gave at the ICPAC Mediterranean Finance Summit in Limassol on “Central Bank Challenges in a world of growing uncertainties: The conduct of monetary policy and the evolution of traditional banking”, Herodotou referred to the situation in Cyprus, saying that the rise in oil prices has a direct impact on the households’ cost of living and firms’ production costs while the sanctions imposed on Russia mainly affect the tourism and professional services sectors of the country and are expected to weigh on economic activity.

But he said that the medium-term economic outlook remains positive, supported by disbursements from the European Recovery and Resilience Fund, adding that the allocation for Cyprus for the period 2021-2026 is €1.2 billion, of which €1 billion in grants and €200 million in loans.

In terms of the banking sector of Cyprus, Herodotou said that it faces the effects of the Russian invasion of Ukraine from a financially sound position. He explained that the Liquidity Coverage Ratio amounts to 344% as of February 2022 which is almost double the respective EU average of 175%, adding that more importantly, the first-round effects of the war on the Cyprus banking system do not appear to pose any material threat to the banking sector since the direct links of Cyprus’ banking sector with Russia and Ukraine are limited and not material. He said that as of December 2021, the total assets that are loans and deposits from the two countries amounted to just 0.8% of total loans and 4,7% of total deposits respectively.

The CBC governor noted that the only bank whose business model was affected by the war and the sanctions on Russia was RCB Bank. He said that the Central Bank of Cyprus acted proactively and timely.

“Our objective was to safeguard depositors and the financial stability of the country. Through our actions and the cooperation of RCB Bank itself, a transaction structure was successfully implemented that safeguarded all depositors without any impact on the public finances or any negative spillover effects to the rest of the banking sector, thereby preserving financial stability. It is our opinion, which is also shared by the ECB, that the decisions and actions taken were the best possible under the prevailing circumstances” he stressed.

Regarding lending, he said that the Cyprus banking sector is providing credit to viable businesses and households. Specifically, he said that total new lending to households in 2021 amounted to €1.4 billion, which is higher than the €1.2 billion credit that was granted during the pre-pandemic year of 2019 and well above the €1.1 billion granted during 2020, while the momentum has been maintained in the first two months of 2022 as well. In addition, total new lending to businesses in 2021 accumulated to €1.5 billion which is higher than the €1.3 billion granted in 2020 but subdued when compared with the €2 billion granted in 2019.

Herodotou noted that banks must, for their own good and profitability as well as for the good of the Cypriot economy, become better and more efficient at serving their clients. He said that he has made this point to the CEOs and Chairmen of the banks a number of times and also called a meeting between the CBC, economy stakeholders like KEBE, the Institute of Certified Public Accountants of Cyprus, the Cyprus Bar Association and the Cyprus banks to promote and facilitate better and more efficient ways of doing business with the banking sector.

“Whereas as agreed, follow-on meetings have subsequently taken place between the stakeholders, I’m forced to say that I have not seen practical progress. I call on all parties to continue the discussions but more importantly to move from talking to doing”.

Herodotou noted that in order to help this situation as well as the economy, at the CBC we also initiated a project to digitise the banking sector’s client onboarding process as well as the exchange of customer information between banks. Saying that this is not the responsibility or remit of the central bank, he explained that he decided for this to happen in order to push this technological change in the banking sector.

“We set this project as a priority and obtained the commitment of Cyprus banks to embrace and participate in the project. We are now at an advanced stage of formulating the technical and legal requirements for the project. The project, as envisioned by the CBC, will be a flexible and scalable solution to be implemented in phases”.

The first phase, he said, will be the remote digital onboarding of new customers through a seamless digitalised process and an optimised customer on-boarding experience, thereafter expediting the remote updating of customer data and information.

“Digitalisation of the onboarding process will initially focus on Cyprus citizens, allowing for expansion to include EU and non-EU citizens as well as legal entities and, to the extent possible, similar structures. In other words, it will learn to walk before it will run”.

Phase two, he added, will roll out an interoperability solution with utility service providers and governmental services, allowing for the possible incorporation of electronic IDs as provided for in the European Regulation.

“The CBC is committed to making the project work as the benefits to all stakeholders and especially bank customers will be tangible in terms of cost and time savings. This will benefit the entire Cypriot economy including the banks themselves,” he underlined.

Referring to the impact of the war in Ukraine on the euro area, he said that according to the April IMF forecasts, euro area GDP growth in 2022 is revised down to 2,8%, from the previous projection for growth of 3,9%.

However, he said, there are still factors supporting economic activity and recovery, such as the reopening of the economies after the crisis phase of the pandemic, a strong labour market underpinning incomes, and households’ accumulated savings from the pandemic period which support consumption. “The labour market, in particular, has sustained its recovery momentum, with unemployment falling to a historical low of 6,8% in February 2022” he continued.

Herodotou noted that whereas the war caused GDP growth to be revised downwards, a parallel impact is that it has also intensified the upside risks surrounding the inflation outlook, especially in the near term. Based on the same IMF forecasts, euro area inflation in 2022 is expected to reach 5,3%, compared to 1,7% projected by the IMF back in October 2021.

Finally, he said that the main challenge for monetary policy now is to control inflation without jeopardising economic recovery.