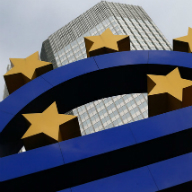 The dependence of the Cypriot banking system on the Emergency Liquidity Assistance remained unchanged in January at €9.55 bln, with a marginal decrease of €90,000 since December 2013.

Last December, the Cypriot banking system reduced borrowing from ELA by €224 mln compared with November when assistance from the ELA amounted to €9.77 bln, while in October it was € 9.85 bln. The significant drop in borrowing from ELA began in August, when the Bank of Cyprus exited the resolution state and was regarded as a counterparty credit institution by the European Central Bank (ECB) for monetary policy, and thus could be funded by the Eurosystem. The Bank of Cyprus has the ability to use Republic of Cyprus bonds, as well as bonds guaranteed by the Republic, in order to receive direct funding from the ECB through monetary policy transactions.

The dependence of Cypriot banks on the ELA had reached its highest point in March 2013, at €11.40 bln, and dropped to €9.85 bln in August, where it remained until October. Furthermore, according to official figures, the total value of gold in Central bank of Cyprus reserves reached €389.19 mln on January 31. The general government debt to the Central Bank is €1.35 bln.