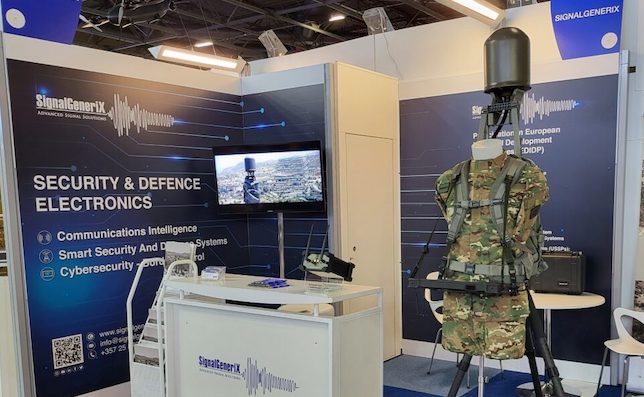 Cyprus-based research and development company SignalGeneriX announced its participation in three EU funded defence projects with a funding total of €65 million, describing this as a major success for itself and the Cyprus defence industry.

According to the company’s press release, the three projects in question focus on the development of new generation electronic defence systems.

The projects are supported by the Cypriot and other European defence ministries.

SignalGeneriX, with previous experience and participation in EU funded projects has established itself among the leading European small to medium companies operating in the field of innovative defence electronic products development.

The company’s managing director Dr. Tasos Kounoudes said that this success is the result of a long-term investment and specialization that raised SIgnalGeneriX’ scientific and technical level to that of major European tech companies.

“SignalGeneriX’ participation along with other Cypriot companies participating in projects funded by the European Defence Fund proves that the Cypriot defence industry is a significant and rapidly developing industry that generates jobs and, major export prospects strengthening our economy.” Dr. Kounoudes said.

SignalGeneriX, established in 2005 and based in Limassol, is a purely Cypriot company focusing on high tech research and development. It employs 25 Cypriot scientists and exports its technology to 28 countries.

The European Union via the European Defence fund, for the first time in its history is investing €1.2 billion in 61 cooperative industrial projects aiming at the development of Europe’s next generation defence systems.