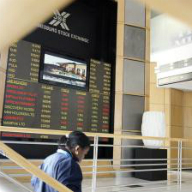 The company wants to acquire “large-scale and low-cost projects that are in or close to production,” Paphos, Cyprus-based Tharisa said in a statement. Its mine near Rustenburg, 95 kilometres northwest of Johannesburg, made a cash profit in the year ended February 28 and was operating at about 87% of planned capacity of 4.8 million metric tons of ore a year, it said.

Offers for shares “can only be made at an aggregate acquisition cost of no less than 1 million rand,” Tharisa said in the statement. Trading on JSE will start on April 8.