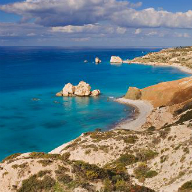 The European Union’s annual bathing water report recently listed Cyprus as having the most ‘excellent’ beaches for swimming amongst all the member states.

According to the report, some 99.1% of bathing water sites in Cyprus had been found to have ‘excellent water quality’ in 2015.

The report was published as another Cyprus beach, Fig Tree Bay in Protaras, was awarded a coveted Blue Flag. This is Cyprus’ 59th Blue Flag for one of its beaches.

The Blue Flag is a certification by the Foundation for Environmental Education (FEE) that a beach, marina or sustainable boating tourism operator meets its stringent standards. To date, some 4,154 beaches and marinas in 49 countries have been awarded Blue Flags.

Speaking at a ceremony marking the award of the new flag, Agriculture Minister Nicos Kouyialis said Cyprus was an island with a long history and heritage, endowed with cultural and natural treasures we should protect and showcase.

“The conservation and showcasing of the treasures our land has so unselfishly provided us with, also help us move ahead into a future of sustainable development,” he said.

Kouyialis said being awarded a Blue Flag was essentially a successful step towards what he described as a great challenge on a European level “the aim of maintaining the balance between ensuring tourist satisfaction on the one hand and protecting the environment on the other”.

The minister noted that clean swimming water was very attractive to foreign visitors and contributed to efforts to improve the economy.

“That 59 beaches amongst the 113 swimming areas in Cyprus (have Blue Flags) is an important achievement,” Kouyialis said.