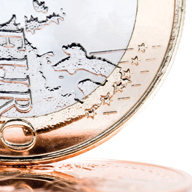 Cyprus ten-year bond yield declined to a four-year low in the backdrop of the ECB's decision to purchase private sector credit, including asset-backed securities and covered bonds.

According to figures analysed by CNA, the yield of Cypriot ten-year bond that matures in 2020 declined on Monday to 4.50% from 4.54% on Friday, reaching a new low of the last four years.

The five-year bond (maturing in 2019) and its downward path declining to 4.36% on Monday from 4.45% on Friday, remaining below the nominal yield of 4.85% defined during its issuance on June 18, 2014. The issue of the five-year bond represented Cyprus return to the international markets since the agreement with its international lenders on a €10 billion bailout in March 2013.

The spread of the Cypriot 10 year bond and the German bond declined to 355 basis points.

The Cypriot borrowing costs spiked on June 14, 2012 to a historic high, reaching 16,5% but entered a downward path after the government requested financial assistance from the EU and the IMF.

The island’s borrowing costs began rising anew following the bailout agreement in March 2013, that featured the haircut of bank deposits over €100,000 to save the island’s largest lender, Bank of Cyprus.