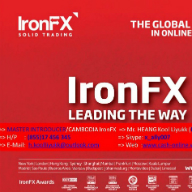 IronFX is in talks to buy fellow online forex broker Alpari UK, which was forced into administration after suffering heavy losses on the Swiss franc, the Cyprus-based company’s chief operating officer said recently.

Alpari, sponsor of Premier League soccer team West Ham United, was one of two high-profile brokerage victims of the franc’s surge after the Swiss National Bank stunned markets last Thursday by abandoning its three-year old cap on the currency.

“We are in the process of making a bid and (are) in contact with the Administrators,” said Dimitris Hatzis, IronFX’s chief operating officer, in an email to Reuters.

Administrators for Alpari are aiming to sell the broker by the end of next week and are in discussions with a handful of firms, a person familiar with the matter told Reuters separately.

KPMG, which is running Alpari, is aiming to secure a quick sale to keep staff and clients and as much of the business intact as possible.

The co-founder of Russian-owned Alpari applied a year ago to wind up the parent company of its retail currency brokerage, fearing it was “doomed” long before the company’s collapse from trading losses last week, he said on Wednesday.

Britain’s Financial Conduct Authority said on Tuesday initial indications were that the funds of more than 100,000 Alpari customers were “whole”, although it would take more time to confirm if there were customer losses.

In a statement on its website, IronFX said it had fully covered all negative balances that had arisen after the SNB’s shock move, and that it would continue to offer negative balance protection.