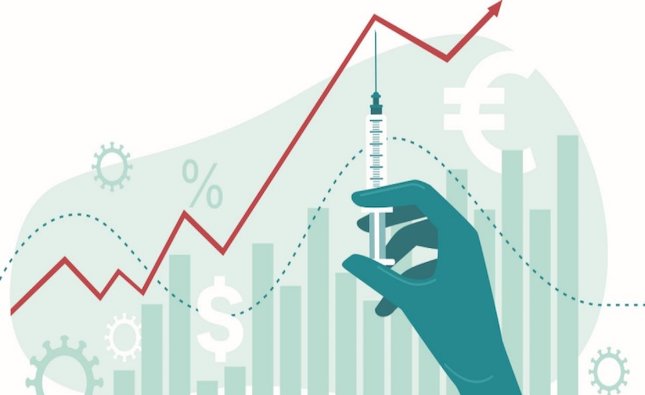 This is because our economy is on the road to recovery, the report noted, thanks to an improvement across a number of economic indexes during the month of April.

It is reflected in aggregate in the Cyprus Composite Leading Economic Index (CCLEI), where a 3.9% year-on-year increase was recorded.

But the Economic Research Centre’s report emphasises that, despite the positive signs, the recovery process is still heavily dependent on the vaccination campaign’s continued success and how the Covid-19 pandemic unfolds from this point forward.

The improved economic performance during April halted a negative trend started by the pandemic a year ago, resulting most recently in a 2.5% decrease in the CCLEI for the month of March and a sharper 8.8% decrease for February.

The latest report from the University of Cyprus notes that the improved performance in April is a result of the comprehensive vaccination campaign being implemented in Cyprus and the rest of the European Union, precipitating an improvement in the Economic Sentiment Indicator for Eurozone nations.

Tourist arrivals have also aided in the improvement of the economic index, even though they are only slightly improved, as they contribute to the better business climate.

“Despite their low levels, tourist arrivals, as well as a number of domestic variables, have a positive effect on the CCLEI and the growth of the domestic economy,” the report noted.

But there are downside factors which persist, including the formation of oil prices (Brent Crude) at pre-pandemic levels which contributes negatively to the year-over-year growth rate of the CCLEI. It worth noting that, the rise of most components of the CCLEI reflects not only the extensive vaccination campaigns, but also the improvement of the economy from the strong effects suffered from the pandemic.

The report takes into account a range of variables, including the price of Brent crude oil, the Economic Sentiment Indicator for the Eurozone, the total amount of property sales made during the applicable period, the total sum of all VISA card transactions on the island, the number of tourists who have arrived to Cyprus, the index of all retail trades made, as well as the electricity production volume index.

In the report, the University of Cyprus presents a monthly update on the country’s Composite Leading Economic Index, which identifies and analyzes certain key metrics and factors. When combined and contrasted with the equivalent historical data, these metrics can provide an indication on how the economy is doing at the moment and how it is expected to fare in the coming months.