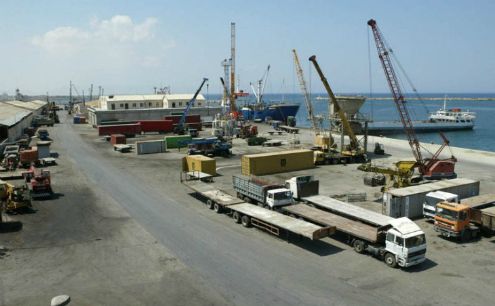 A big deal is said to have been struck between Cyprus and the British bases over the sale of land to make way for port facilities for drilling vessels off the island.

According to press reports Cyprus will compensate the Sovereign Base Area (SBA) with €8.6million in return for land to be developed into a specialised port by Vasiliko. The price had been negotiated down from €10m, according to the same reports, and the relevant expense included in the Communication Ministry’s budget for the year.

The land must now be officially handed over following the same process used almost 20 years ago when the area including the Berengaria settlement at Polemidia was sold to the Republic, sources close to the matter told the paper.

Communications Minister Marios Demetriades, according to the same report, plans to create a new port which will be used for ships used in off-shore drilling but also those involved intransporting cargo associated waste which is currently being served at Larnaca Port.

Tenders for the construction of the facility and the provision of its related services and well as those linked to the hydrocarbons industry will soon be opened up.