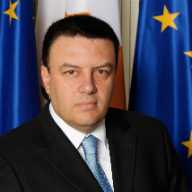 Cyprus can become a hub for air travel

The Minister of Communications and Works refers to government’s efforts to reinvent Cyprus as a destination point for visitors/tourists and as a hub connecting Europe with other parts of the world.

Addressing the first aviation and tourism conference organized by HERMES Airports with the theme 'Air connectivity Development for Cyprus through Change, Cooperation and Innovation', the minister Tasos Mitsopoulos said that in order to encourage air carriers to introduce new routes to Cyprus, the government, in partnership with the airport operator HERMES, has since early 2012 initiated a program of providing incentives to these carriers in cases where new destinations are introduced or extra capacity is added. As a result, new routes were introduced, mainly from low cost carriers flying from secondary airports.

He also said that significant developments have been achieved in air transport relations with the Russian Federation. On the routes from the two main cities of Moscow and St. Petersburg, the number of designated carriers on scheduled flights has been increased to two and the restrictions on the operation of charter flights have been lifted. It is anticipated, he added, that these arrangements will extend the tourist season as Cyprus offers good weather, almost all - year round. The Minister also referred to an agreement with Israel for traffic rights applied since November 2013. As he said EL-AL has been designated by Israel to operate scheduled flights in addition to the existing designated carrier ARKIA. EL-AL currently plans to increase the number of frequencies as from April 2014 to six per week in the peak summer months.

With Ukraine, he added, the existing bilateral air services agreement was further liberalised and now there is no limit on the number of carriers on the routes. “The existing number of frequencies on the routes can serve adequately the market needs for the time being. If extra capacity is needed then this will be provided. Concerning charter flights from this country no restrictions exist. Ukraine is a new and promising market for Cyprus. The last few years an average annual growth rate of 25,06% was observed”, he said. With other markets, noted the Minister, such as the Gulf Region and Middle East the existing bilateral arrangements are adequate in terms of frequencies allowed and in some cases provide unrestricted 3rd and 4th freedom traffic rights. “The Ministry of Communications and Works is willing to approve 5th freedom rights to the carriers of this region on an ad hoc basis. Emirates airline already operates successfully, since 2005, the route Larnaka -Malta-Larnaka using 5th freedom traffic rights”, he said.

The Ministry has also approved a number of code share agreements for several carriers of the region such as Etihad and Emirates in order to facilitate connectivity to Cyprus and offer a seamless product to the passenger. In this way, said the Minister, there is a potential for connecting Cyprus through the Gulf with East Asian countries such as China, and this endeavour requires promotion through the various stakeholders. Mitsopoulos also said that despite the recession in Cyprus, Qatar Airways has recently announced the start of operations to Larnaka from their hub in Doha as from IATA summer 2014, thus confirming the confidence that the situation will improve.

Within Europe, he pointed out, there are markets with good potential such as Germany, Poland, France to name a few. In the Far East, he added China and other emerging economies of Asia can become the pool for new tourists in Cyprus. The Ministry of Communications and Works, he stressed, is exerting continuous efforts in order to create the conditions for facilitating the operation of flights from this region. He also noted that Cyprus, due to its geographic location, high quality of services and well educated population, can offer benefits to international businesses if they wish to use it as a base for their operations. “Being the entry point to EU from the Middle East and the Gulf Area”, he said “gives Cyprus an additional advantage”. He added however that connectivity must improve in order to support and facilitate the establishment and relocation of businesses to Cyprus.