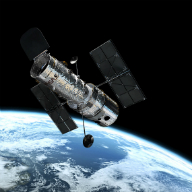 Cyprus can benefit from involvement in the European Space Agency

Cyprus has a lot to gain through active involvement in the European Space Agency in the fields of security, search and rescue, monitoring the environment, satellite navigation, education and telemedicine, says the Communications Minister.

Addressing the first Space Week launched in Nicosia, Demetriades said that Cyprus can become a country for research and space technology development, thus attracting foreign capital and organizations to invest in the country.

Cyprus, he added, is already known as a centre for satellite communications in the eastern Mediterranean, offeringtechnical knowledge, infrastructure and services.

Acknowledging the great importance and dynamic of space technologies Cyprus believes that it should be effectively promoted in all aspects of life in the country, he noted. “For this reason, we have created the right structures and procedures to have an active participation in formulating European space policy”, he added.

The Republic of Cyprus has issued four licenses for the use of satellite resources for telecommunications’ purposes and will issue another two in the near future. Two satellite centres have also been developed which attract foreign investments due to the important geographic location of Cyprus.

Space technologies and applications, said Demetriades, can offer the tools that will support the course toward sustainable development and a better quality of life.