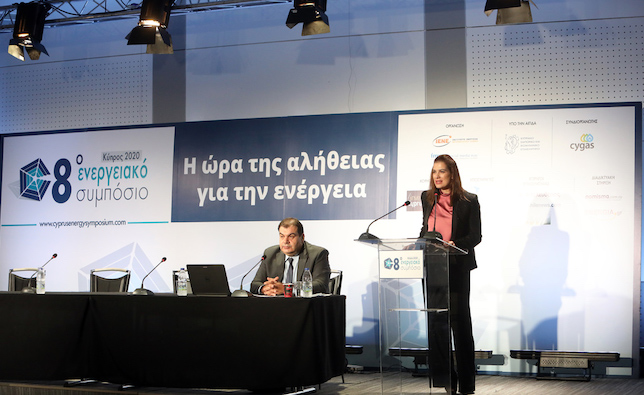 Cyprus can export natural gas by 2027

Cyprus will be in a position to export natural gas in the next four to five years, said the island’s Energy Minister Natasa Pilides in an interview with a Greek newspaper on Sunday.

She told “To Vima” that Cyprus is waiting on the Eni/Total consortium to submit a specific exploitation roadmap for the gas fields for which they hold drilling licenses, including timetables and marketability options.

Nicosia has granted drilling licenses for seven blocks to the Eni-Total consortium.

Depending on the plan submitted by the companies, the Cypriot Government will determine its own decisions.

The Pilides interview appeared days after Italian oil and gas giant Eni and its French partner TotalEnergies announced a significant gas discovery at the Cronos-1 well in Block 6, offshore Cyprus.

This discovery follows the Calypso-1 discovery made on the same block in 2018.

Preliminary estimates indicate about 2.5 trillion cubic feet (tcf) of gas in place, with significant additional upside that will be investigated by a further exploration well in the area, Eni said in a separate statement.

It is within Block 6 of Cyprus’ exclusive economic zone with “good to excellent quality characteristics”.

Eni drilled the exploration well in the same block where in 2018, it discovered the large Calypso-1 gas field that contains an estimated 4.5 trillion cubic feet of gas.

The latest gas finds have rekindled talks over whether the island’s deposits are sufficient for Nicosia to join the EU’s energy plans to become less reliant on Russian supplies, as Moscow threatens to turn off the tap.

In her statements, the Minister of Energy also referred to a resurgence of interest in the eastern Mediterranean energy corridor “envisioned by the countries of the region, allowing us to further intensify our joint efforts to strengthen the island’s role in EU plans”.

In a period of nine years, since 2013 and the discovery of “Venus”, Cyprus has found a total of five gas fields in its surrounding EEZ.

Continuing, the Energy Minister stated in the interview with ‘To Vima’ that, “the goal of the Republic of Cyprus, always in cooperation with our strategic partners, such as Greece, Israel and Egypt, is precisely to unlock the prospects so that the eastern Mediterranean becomes as soon as possible an alternative secure source of energy supply for the EU”.

Finally, addressing threats from Turkey, she called on Ankara “to acknowledge the enormous potentials for prosperity and stability in the region, through regional cooperation and collective action.”