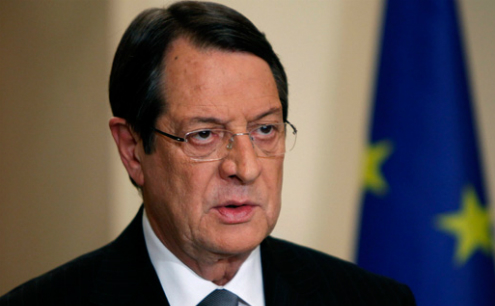 Cyprus can finance its needs by borrowing from international markets, says President

The island, after more than three years, is again in a position to finance its needs by borrowing from the international financial markets, President Anastasiades said recently, noting that this was achieved through coordinated and systematic efforts.

Addressing the 53rd Annual General Assembly of the Institute of Certified Public Accountants of Cyprus (ICPAC), the President said that the overall offers for the €750 million bond have reached €2 billion, noting that this was a strong vote of confidence in the prospects of the country’s economy.

This development, he pointed out, “has exceeded the most optimistic forecasts”. However, he stressed that "this present success” should by no means end efforts to reform the economy.

On the contrary, he pointed out, “we must continue with the same persistence and determination”.

The President said that parallel to that, the government continues its efforts to attract new investments and promote the prospects of exploiting hydrocarbons’ reserves in Cyprus’ Exclusive Economic Zone (EEZ), “which will greatly contribute to our economy’s return to stability, growth, prosperity and to the creation of new jobs”.

He also noted that Cyprus’ banking sector is gradually stabilizing, and international rating agencies have begun upgrading the economy.

Concluding, the President referred to the four consecutive positive assessments of the Cyprus economy by its international lenders, the Troika (EC, EBC, IMF).

Cyprus required a €10 billion bailout from lenders in March 2013 and is following a three-year economic adjustment program.