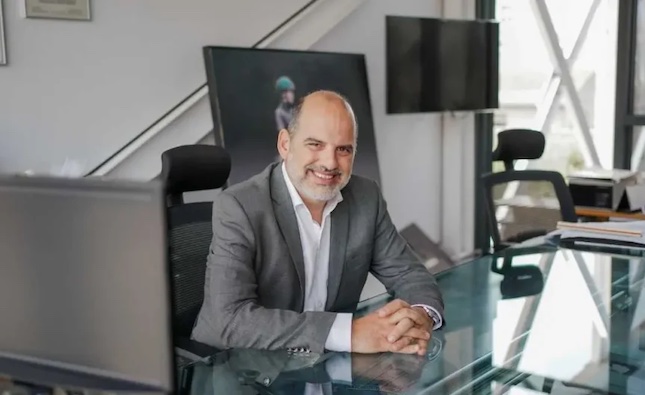 Architect and founder of the eponymous firm Yiannis Armeftis on Thursday said that environmental policies and the various measures that facilitate them could help mitigate the severe energy crisis currently plaguing Cyprus and the European Union.

“The latest unpleasant development, that of war, has created a new challenge for the entire planet, with soaring energy prices as the result, a trend that doesn’t seem to be abating as the Russian invasion continues, acting as the biggest burden on Western societies,” Armeftis said.

“Faced with this new situation, Cypriots are rightly worried, not only because of the country’s dependence on fossil fuels, but also because many parameters of daily life make us vulnerable, because, unfortunately, the way the country has been developed has made us captive to our cars,” he added.

Armeftis, who is also a member of the ‘Yia ti Lemeso’ initiative, which aims to promote sustainable development and a better quality of life in Limassol, said that Cypriot cities are being affected by urban sprawl, meaning their rapid geographical expansion, primarily through low-rise, low-density buildings.

“This trend has several causes, the main one being the desire to acquire single-family homes by a large number of households over the past decades,” he said.

“Thus, urban-adjacent rural areas have been urbanised, with effects that involve the degradation of the environment, but also the heavy burden on the road network,” he added.

This also involves the daily commute of thousands of people from the suburbs to the city centre, which results in higher vehicle emissions, lost valuable time due to increased traffic, as well as higher monthly expenses incurred by commuters.

The experienced architect noted, however, that the solution to the above problem is neither one-dimensional nor easy to pull off.

He explained that the state, local government bodies, residents, as well as real estate sector professionals should contribute to the correction of all phenomena that both degrade the quality of people’s lives and push the cost of living higher than ever before.

In regards to the state and local municipalities, Armeftis said that they should immediately design and implement policies that unshackle Cyprus residents from having to continuously use their cars.

“The redesign of the road network, the change of use of part of it and the provision of incentives for the use of alternative means of transportation are key elements of the solution to the problem,” he said, noting that with Limassol as an example, there are specific projects that could alleviate problems such as traffic and high noise levels.

Some of the solutions Armeftis proposed include the creation of green routes, with one-way streets and the designation of half of their area for use only by pedestrians and cyclists, with trees being planted along the route. This, he said, will create new traffic options that go beyond the private vehicle.

He added that “the creation of a large network of sidewalks can free us from the current state of cities, which largely resemble open-air parking lots,” he added, something he labelled as the most important thing.

Furthermore, Armeftis stated that Cyprus should follow the example of many European cities, who prevent the entry of vehicles into the city centre, instead creating peri-urban parking and transfer stations that subsequently allow them to use public transport.

Armeftis also stressed the creation of a modern, reliable and functional public transport system is crucial to the success of this entire endeavour.

After all, he noted, there are many examples of European cities with a significantly smaller population than that of Limassol or Nicosia, who have fixed track facilities that allow for the use of trams, allowing their residents to reap the benefits.

Meanwhile, Armeftis also said that it is worth noting the positive steps that have already been taken by construction companies in terms of implementing green solutions into their projects.

This applies both in terms of the raw materials used in these projects, but also in terms of architectural design and improved energy efficiency. This translates into less greenhouse gas emissions for their cooling and heating needs, but also significant savings for people who live or work in such buildings.

“I am convinced that Cypriot society is ready to actively support the green transition – it is not an accident that people’s uptake of the government support programme for the installation of solar panels has been massive,” Armeftis said.

“The popularity of this initiative confirms that more and more people understand that the green transition can act as a response to the current energy crisis,” he concluded.