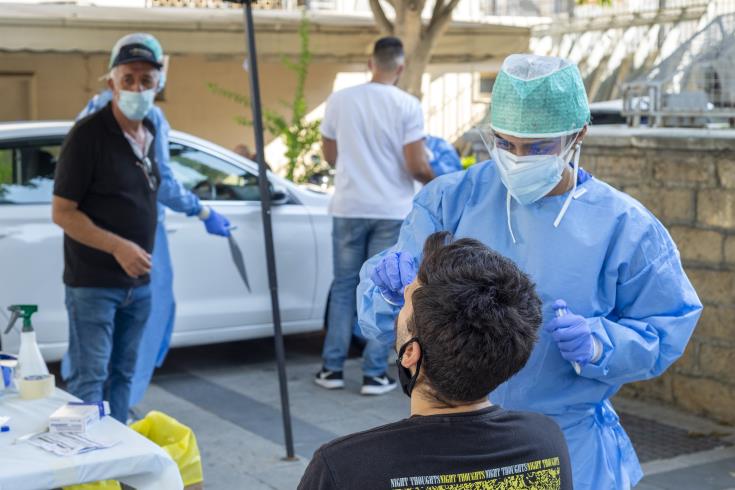 Cyprus reported a staggering 36 new coronavirus cases on Wednesday, the highest since 9 April, as Health authorities agreed restrictions for social gatherings in Larnaca now the epicentre of the pandemic.

This is the fourth highest spike recorded since the outbreak the peak being 1 April with 58 cases.

Among Wednesday’s 36 new cases were people connected to several Larnaca clusters which are growing while new ones have been created.

According to the Health Ministry, 21 of them are connected to topflight football club Ethnikos Achnas where a cluster has formed — 18 are footballers, three are family members of a player.

Another three cases are related to a cluster formed at Nea Salamina football club based in Larnaca, the same day as authorities announced the tightening of restrictions in the town.

The three cases are close contacts of a Salamina footballer.

One other case is related to a cluster of four from a patient found positive on 21 September.

The cluster includes a nurse at the Larnaca General Hospital who was also found positive on Wednesday.

Larnaca’s has seen cases spiral with four hotspots of more than 60 infections.

Some 1,500 tests are to be carried out immediately as announced by the Cyprus Football Federation.

Six cases on Wednesday had a recent travel history, four arrived from the Czech Republic and were to begin training with the company that hired them.

A fifth case involves a Lebanese citizen employed in Cyprus and underwent the test before assuming his duties.

The sixth case was a passenger from London who arrived at Larnaca on Tuesday.

Another case involved a person working for the same company as the people arriving from the Czech Republic.

Earlier in the day, the Health Ministry announced that a student attending a special school was found positive to the virus after being tested before undergoing an operation.

The last case was a person sent by his General Practitioner to a state hospital lab to be tested after developing symptoms on Sunday.

The Health Ministry said 12 patients are currently being treated at the COVID-19 reference hospital Famagusta General, one of them is in the Acute Care Unit.

The total number of COVID cases in Cyprus is now 1,654.