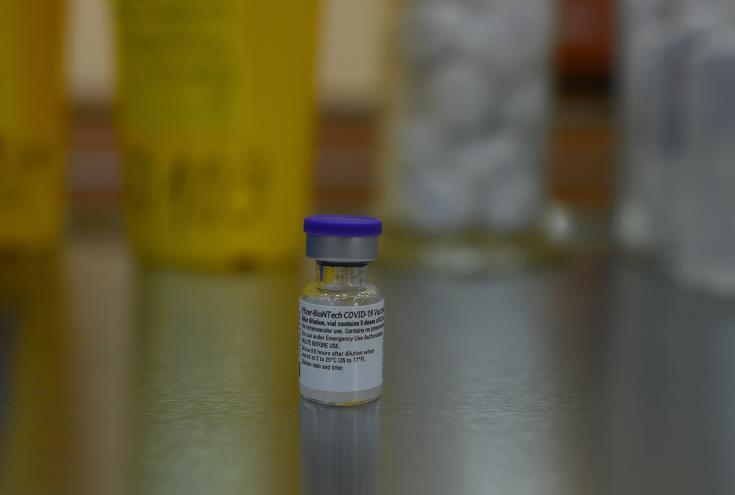 Cyprus cautious in countdown for vaccine

Health officials in the Republic of Cyprus are gearing up for the first phase of immunization against the novel coronavirus, with reports suggesting the start of the process could be slowing down before it evens begins on Sunday.

Cyprus is counting the days until Saturday when the first batch of COVID19 vaccines from Pfizer-BioNTech is expected to arrive on the island, with officials saying inoculations could begin the following day.

But the vaccination programme is not expected to hit the ground running, following reports of fewer jabs being delivered on Saturday and questions over a new strain of the virus that could take Pfizer-BioNTech another six weeks before it can update the shots.

According to Apostolos Tomaras from Kathimerini Cyprus, the first batch of vaccines from Pfizer-BioNTech was expected to be 48,955 while latest information on Saturday’s actual delivery will include between 6000 and 10,000 jabs.

“For reasons that have not been clarified, Pfizer-BioNTech will deliver to the EU a reduced initial batch, which will result to a modified apportionment of the first batches to member states,” Tomaras wrote.

On Monday, the European Commission approved a coronavirus vaccine co-developed by BioNTech and Pfizer to be used across the Union.

But on Tuesday, it emerged that health experts were still not certain whether a variant of the virus spreading rapidly in the United Kingdom could affect the effectiveness of the vaccine in that country or other parts of the world.

A health expert, who spoke on Cypriot state radio on Tuesday, said there was no evidence to suggest the current vaccine would be rendered ineffective if the new strain were to be found amongst the Cypriot population, while adding it was reasonable to expect that there could be a minimal effect.

The World Health Organization said mutations were normal and cautioned against major alarm, saying this was a normal part of a pandemic’s evolution.

BioNTech Chief Executive Ugur Sahin also said that the German company would investigate the mutation in the coming days, adding that a new vaccine that would completely mimic the new mutation could be made and offered in six weeks.

Cyprus is set to receive close to 400,000 jabs from Pfizer-BioNTech in quarterly instalments, while over a million vaccines are expected from Astra Zeneca by the second quarter of 2022. Another company will deliver 200,000 by the end of 2021.