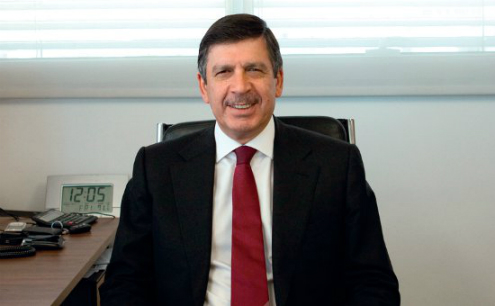 Cyprus Chamber of Commerce calls for unity during economic crisis

Cyprus Chamber of Commerce and Industry Chairman (CCCI) has called on everyone to support entrepreneurship so that Cyprus can ride out the stifling economic crisis.

In his written New Year message, CCCI Chairman Pilides also urged the banking sector to deal with businesses with an open mind. “Businesses are not only bank borrowers but the backbone of the country’s growth and through their activities the entire economy and the banking system itself will benefit,” Pilides said. He reiterated that only foreign investments can bring immediate and positive results with regards to economic recovery. “For this to happen, it is imperative to heal Cyprus’ wounded image abroad and to convince about the advantages and prospects of our country,” he said. Pilides underlined that results can only be achieved through collective efforts and a broader cohesion.

“Encouraging a negative and aggressive climate against the business community, the banking sector and other economic sectors is divisive and does not serve the common target,” he said. “On the contrary, it feeds and cultivates a negative image internationally for the Cyprus economy making every move to attract foreign investment difficult at the expense of employees and businessmen.” The CCCI chief said his organisation plans to be a driving force for the economy in 2014 with ambitious plans, organised missions abroad and relentless lobbying by its members. “Economic recovery demands joint economic and productive forces in Cyprus. Growth will arrive when everyone, the state, the banks, the business world, employees and the media work collectively and methodically with wisdom.”

Wishing a happy New Year to the business community and to all citizens, Pilides reiterated CCCI’s commitment to work and build progress and growth for 2014. “A change in mentality is imperative and courage and determination are required to make the necessary changes to modernise and change the current model of the economy with the introduction of changes on key issues which are consciously and unjustifiably postponed for decades.” Such changes, Pilides said, include privatisation of semi-government organisations, the need to shrink the civil service and increase productivity, targeted social benefits, curbing public spending, flexibility and abolishing or merging a number of services where possible.

Pilides stressed the need to fully implement the terms of the bailout agreement as the only practical solution to get out of the current deadlock. “Despite the objections and reservations about specific terms of the bailout agreement we believe implementing the agreement is the only realistic way out for the economy,” Pilides said. “It is everyone’s obligation to join forces and to work collectively, far from unnecessary feuds and with high responsibility for the good of our country and future generations,” he added.