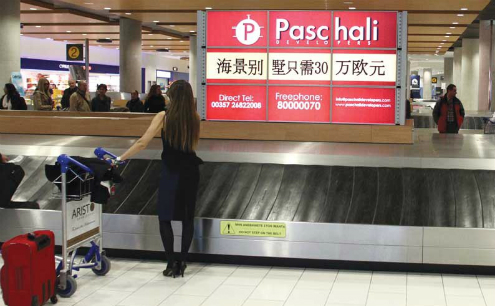 Cyprus has recently been ranked the 5th best relocation destination in the world by an international lifestyle review, offering some of the most extensive advantages for entrepreneurs, families and retired couples looking for a lifestyle change.

Coupled with highly attractive tax incentives, Cyprus has become one of the most popular European destinations for obtaining Citizenship.

Certain changes to the Cypriot immigration policy and legal framework now enable non-EU applicants to obtain Cypriot citizenship on an expedited basis. It is widely considered that the Cyprus citizenship scheme is now the most attractive in Europe, since unlike the Maltese scheme it does not require any donation to be made to the local government (in the case of Malta, this is €650,000). Moreover, unlike many other EU countries, including Malta, Cyprus does not require applicants to live on the island prior or during the application, or even after the citizenship has been granted.

Successful Cypriot citizenship applicants and their families can enjoy equal treatment with Cyprus and EU nationals with regards to social benefits, education, welfare, and access to EU territories with the Cypriot passport. Citizenship holders do not become tax residents in Cyprus unless they spend more than 183 days on the island in any calendar year.

It is now possible for third country nationals to apply for citizenship on a reduced investment rate of €2,5 million, where they participate in a major collective investment worth at least €12,5 million in total.

In addition to satisfying one of the financial criteria, the primary applicant must fulfil all of the following conditions:

• Purchase and maintain a privately owned residence in Cyprus, the value of which must be at least €500,000, excluding VAT.
• Have a clean criminal record from their country of origin and/or the police of the Republic of Cyprus.
• Confirm the applicant's name is not included in the list of persons whose property is ordered to be frozen by the EU.
• Visit Cyprus at least once.
•Be 30 years old and over.