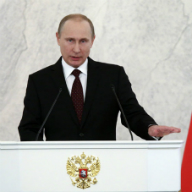 Russia will not be placing Cyprus on a blacklist of non-cooperative tax havens after the two governments cleared up the matter, says the chief of the Cyprus Investment Promotion Agency (CIPA).

Christodoulos Angastiniotis, head of the Investment Promotion Agency (CIPA), said the issue – which could have scuttled the double-taxation agreement between the two countries – was discussed by the two sides ahead of – and during – finance minister Harris Georgiades’ recent visit to Moscow. “The matter is resolved…they are notputting us on their blacklist,” said Angastiniotis, who was also in the Russian capital.

The matter resurfaced after a Russian news article reported that the Russian finance ministry was considering adding Cyprus and Luxembourg to its blacklist of non-cooperative ‘tax havens’, just 11 months after Cyprus was taken off the same list. A senior Russian tax official was then quoted as saying that Cyprus and Luxembourg were poised to enter the black list of 41 tax havens after their dismal transparency ranking at the Global Forum, overseen by the Organisation for Economic Co-operation and Development (OECD).

According to Angastiniotis, Russian authorities considered that their Cypriot counterparts did not provide swift or adequate replies to queries about companies registered on the island with Russian nationals as the beneficiaries. “It is similar to the case of India,” said Angastiniotis, alluding to that country’s recent move to suspend their double taxation agreement with Cyprus. Cypriot officials have apparently mollified the Russians with pledges of better cooperation as far as information exchange goes. Given that tax agreements are not set in stone, the Russians will continue monitoring the situation. Angastiniotis pointed out that the Russians drew their concerns from the OECD report (originally published in March 2012) whose findings are outdated. At any rate, Cyprus now has until September 2014 to conform to transparency requirements. If it does not, and the country’s ranking remains dismal, then counterparties to existing double taxation treaties (52 in total) might start cancelling the agreements.

Earlier, before the finance minister’s trip to Moscow, a source had suggested that the blacklist reports could be interpreted as a tactical move to force the Cypriots to negotiate under pressure. During his stay in the Russian capital, the finance minister concluded with the Russians a bilateral agreement providing for enhanced economic cooperation in trade, tourism, transport and health. While Nicosia may have temporarily mended fences with Moscow, the Russian government is determined to contain the seepage of capital from the Eurasian country.

In a state of the nation address yesterday, Russian President Vladimir Putin announced a series of initiatives to crack down on Russian companies who register and pay taxes in offshore jurisdictions. Putin said that this practice must end. Foreign-registered companies that operate in Russia and have Russian citizens as beneficiaries should be obliged to pay taxes in Russia. And Russian companies registered in offshore jurisdictions will not be allowed to bid at state tenders. “You want to have offshores? Fine. But get the money here,” Putin said.