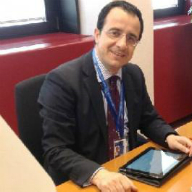 Nicosia is closely monitoring developments in Greece, and believes firmly that the country must stay in the Eurozone, the government spokesman said recently.

The government has taken all necessary measures to avert any possible fallout on the Cypriot economy, government spokesman Nicos Christodoulides added.

Speaking to the Cyprus News Agency, he said during the recent European Council, on Thursday and Friday, in Brussels, President Nicos Anastasiades strongly supported the position of the Greek government, doing everything possible towards this direction, either through his intervention at the Summit or by undertaking initiatives.

The decision to hold a referendum on the Greek bailout deal offer is a matter of the Greek government and the Greek people, Christodoulides stressed.

Referring to the upcoming Eurogroup, later on Saturday afternoon, he noted, “We need to wait and see the results of this meeting.” He added that for Cyprus it is important that developments lead to a state of play where Greece remains part of the Eurozone, pointing out that this favours Europe, Greece and the Greek people.

Asked about possible risks a Grexit might pose for Cyprus, Christodoulides said the government is hoping against such a development.

“In any case,” he added, “the Cypriot government wants to assure everybody that all necessary measures have been taken,in order to avert any possible concerns about the Cypriot banking system and the local economy in general.”

Christodoulides dismissed reports claiming that Greek Premier Alexis Tsipras had informed President Anastasiades about his intention to call a referendum or early elections.